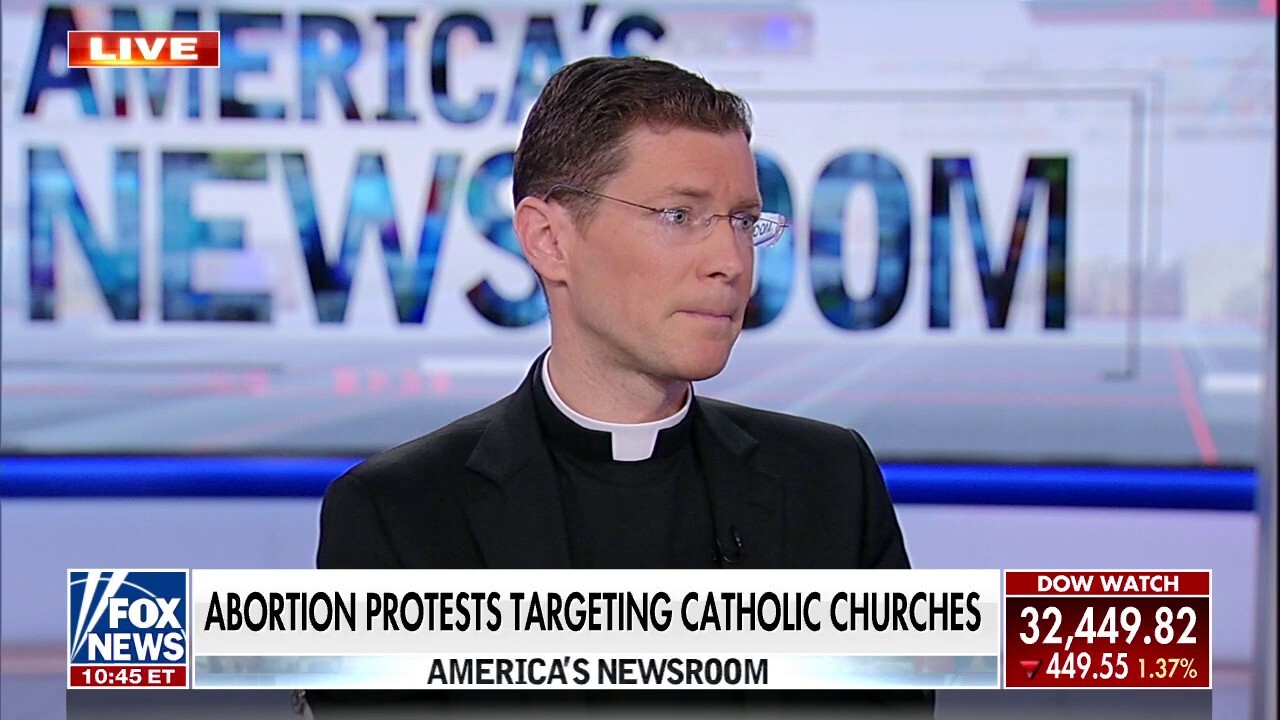 Reverend Brian Graebe of Old St. Patrick’s Cathedral in New York says pro-choice protests following Supreme Court leak bill are ‘of an entirely different order’ than what he has encountered in the past.

Graebe explained in “America’s Newsroom” on Monday that his church hosts a monthly event called The Witness For Life Mass. After the service, most attendees walk down the street to Planned Parenthood and pray the Rosary across the street. Graebe said a handful of protesters often voice their opposition.

“They recognized many faces in the crowd as what they called ‘professional agitators,'” Graebe told hosts Bill Hemmer and Dana Perino.

Police warned Graebe that the safety and protection of his parishioners could not be guaranteed.

Graebe praised the efforts of law enforcement and said the church had private security throughout the weekend. He said most of the phone calls the church has received have been supportive.

But he remains on high alert due to violent threats.

“We received several threats to bomb the church, to set it on fire,” he said. “Very hateful and despicable messages.”

Graebe acknowledged that although his church supports the overturning of Roe v. Wade, things wouldn’t change from day to day in New York.

NEW YORK, NY – MAY 07: Abortion rights activists gather outside a Catholic church in midtown Manhattan to voice support for women’s right to choose on May 07, 2022 in New York City.
(Photo by Stephanie Keith/Getty Images)

“We see this as a very unfortunate reality,” he said. “And part of that horrible unfolding that we saw outside the old cathedral on Saturday was really the celebration of death.”

Graebe said her goal is to change hearts and promote a culture of cherishing and respecting every life. He called for civil discourse on even controversial topics like abortion, as he expects protests to continue each month.

“We’ve been doing this for over a decade, every month, rain or shine,” he said. “And we certainly intend to continue to do so.”