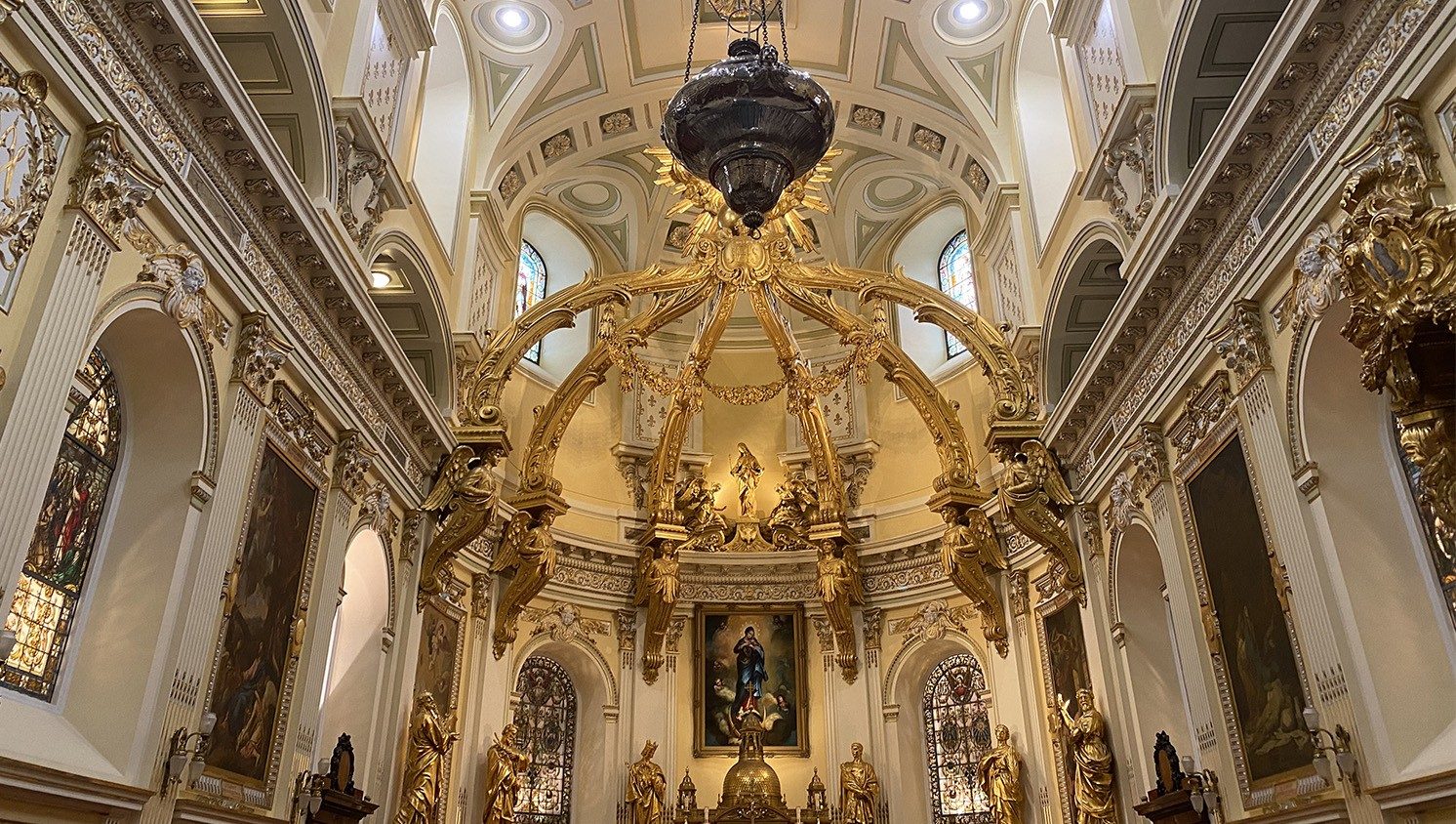 The Basilica-Cathedral of Notre-Dame de Québec is preparing to receive Pope Francis for Vespers, which will be attended by bishops, clergy and consecrated persons from Canada.

On Thursday afternoon, Pope Francis will go to the Notre-Dame de Québec Cathedral Basilica, where he will preside over vespers for consecrated persons, seminarians and pastoral workers. Pope Francis is to be welcomed by the cardinal archbishop of Quebec, Gérald Lacroix and the president of the conference of bishops, Raymond Poisson.

The Basilica-Cathedral of Notre-Dame de Québec was built in 1647 and was given the name of Notre-Dame de la Paix. It was the first church to be built in stone in the city. More than two hundred years later, Pius IX declared it a basilica, due to the large number of pilgrims it attracts.

The church was bombed and burned in 1759 during the British siege and then rebuilt according to the original plans. Various decorative pieces or elements were added over the following decades. It burned down again in 1922 and was rebuilt a second time according to the old plans.

In 1984, Saint John Paul II began his pastoral visit to Canada with a moment of prayer inside the cathedral in order to share the meaning of faith with the people of the community.

The Basilica-Cathedral is located in the heart of Old Quebec and has been designated a UNESCO World Heritage Site.

Among those present for vespers in the cathedral later today will be members of the Canadian Conference of Catholic Bishops (CCBE), which brings together prelates from the country’s Latin and Eastern ecclesiastical circumscriptions.

The conference was established in 1943 and officially recognized by the Holy See in 1948 as the Canadian Catholic Conference, taking its current name in 1977. The National Secretariat is based in Ottawa. English-speaking and French-speaking bishops alternate in his presidency every two years.

The gospel is the giver of salvation, not just the gift