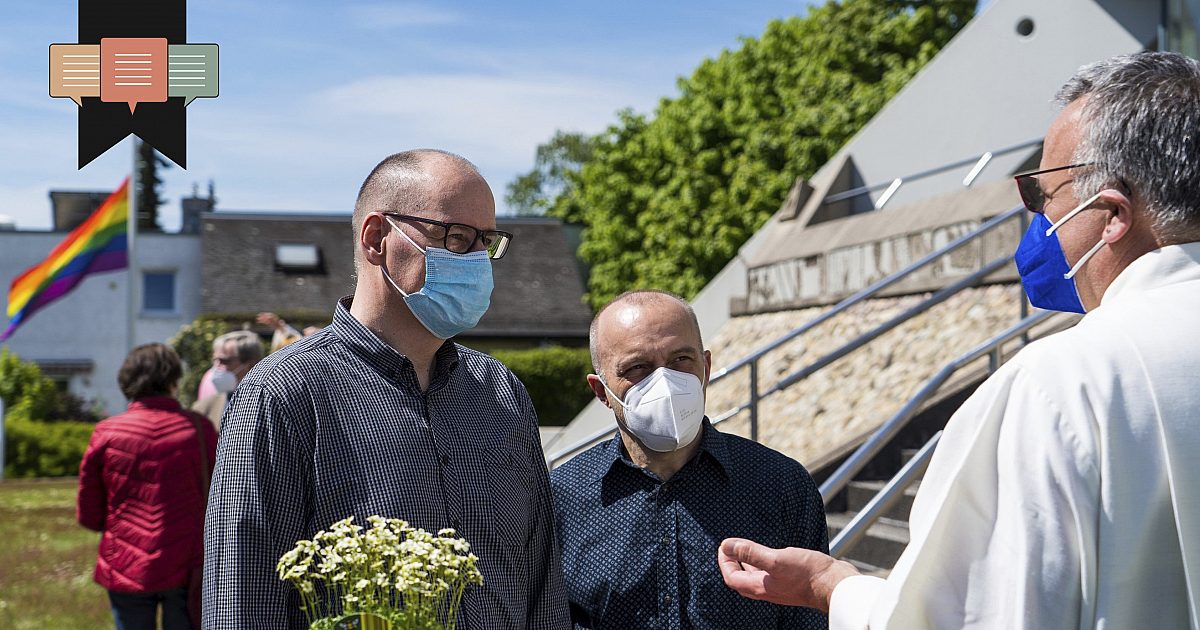 Some Roman Catholic bishops in Germany have increasingly expressed their rejection of their church’s magisterial authority teaching on sexual morality. This is evident in recent statements by bishops pressuring the Church to liberalize its teaching on homosexuality and in recent services at which same-sex couples are blessed, in open defiance of Pope Francis and of the teaching of the Church.

This indicates a serious moral and theological rebellion within the Roman Catholic Church. The implications are serious for both Roman Catholics and observant Protestants around the world.

Why would bishops do this? The German Catholic prelates pushing for this change in Church teaching openly admit that they go against natural law and Church doctrine. “We can no longer start from the assumption of natural law alone, but must think much more strongly about categories such as care and responsibility for one another,” said the president of the German Catholic Bishops’ Conference , Georg Baltzing. He clearly understands that affirming homosexuality means rejecting natural law and Scripture as the Church has understood God’s revelation for 2,000 years. Such an open challenge is breathtaking.

Natural law exists because human beings can use reason to determine certain moral truths, such as the prohibition against murder, from nature. Even non-Christian philosophers and thinkers from various wisdom traditions, such as Confucianism, can discern that certain bodily acts run counter to the nature of human beings and to reality itself. Natural law was an important part of the basis of Western jurisprudence until recent decades.

For Roman Catholicism, however, the stakes are raised. The Bible teaches that God speaks through nature and conscience in what is called general revelation. Adultery, theft, and murder are prohibited by the eternal law of God, which is known by general revelation, which is evident to all rational beings, and reinforced by special revelation in the scriptures (e.g., the Ten Commandments). Natural law is a means by which we know the eternal law of God, which is rooted in the very being of God. The Roman Catholic Church places great importance on the reasoning of natural law.

Because homosexuality is against natural law and scripture, when church leaders succumb to the political pressure of the world and begin to call what God calls wrong good, we have open rebellion against God. Homosexuality is just one of the many ways in which human sexuality can be twisted and diverted from its God-given purpose, but it is a particularly clear example of a violation of natural law.

Even non-Christians can know that homosexuality is unnatural if they accept that human nature, including sexuality, has a purpose. Homosexuality is incapable of providing society with what it needs to perpetuate itself: children. Of course, if non-Christians see human beings as mere accidents of random, senseless evolution, then they might adopt the nihilistic perspective that sexuality – and human nature in general – has no purpose or meaning. .

By consciously deciding to oppose natural law, the German Catholic bishops go against reason and nature, and they reject both general revelation and special revelation. So, for anyone who claims reason or revelation is authoritative for them in the future, that’s nonsense. The point here is that in pushing for this change in Church doctrine, the bishops are aware of what they are doing – they are consciously, deliberately and stubbornly advocating heresy.

The fact that the Roman Catholic Church stood firm on the issue of sexual morality during the first half century of the current phase of the sexual revolution helped to mitigate many of the most destructive tendencies of secularism and atheism in the culture at large. The Roman Catholic Church’s stance against the whitewashing of homosexuality has been important to non-Catholics in many countries because the culture has been unable to portray traditional Christian morality as the eccentric view of small extreme sects. In some cultures, Catholic leaders have great cultural authority.

But if Roman Catholic resistance to the sexual revolution weakens, as some bishops advocate, then we should expect the persecution of conservative Christians to intensify. Opposition to homosexuality will be portrayed as the viewpoint of only a small number of extremist groups.

You don’t have to be a Roman Catholic to worry about the collapse of Orthodoxy in Germany. Extreme liberalism seems to be solidifying its grip on the German Roman Catholic Church. Liberal theology kills wherever it is found, and a moment of decision is looming for Catholicism.

COMMENT: A time of judgment for Roman Catholic churches and parishioners in Newfoundland and Labrador