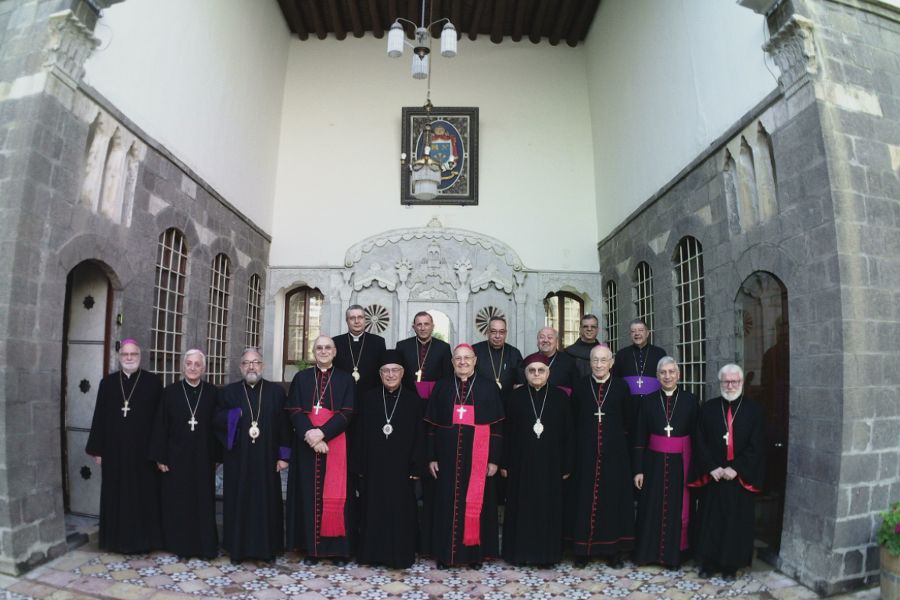 In his address to the Assembly of the Catholic Hierarchy in Syria, Cardinal Sandri also announced that a conference would be held in March 2022 bringing together Catholic groups overseeing aid to the country.

VATICAN CITY – Pope Francis has donated $ 170,000 to the Catholic Church in Syria for its charitable work with the poor.

Cardinal Leonardo Sandri, prefect of the Congregation for the Oriental Churches, announced on October 26 that each of the country’s 17 ecclesiastical districts would receive $ 10,000.

He was addressing an assembly of Syrian bishops in the capital, Damascus, at a conference from October 25 to November 25. 3 visit to the country where more than 350,000 people have been killed since the start of the civil war in 2011.

The 77-year-old Argentine cardinal explained that his congregation was making the donation on behalf of the Pope to respond to the areas most in need identified by each bishop.

In his address to the Assembly of the Catholic Hierarchy in Syria, Cardinal Sandri also announced that a conference would be held in March 2022 bringing together Catholic groups overseeing aid to the country.

He explained that the conference, which should ideally be held in Damascus, would help identify future charitable priorities.

On the same day, Cardinal Sandri concelebrated a Divine Liturgy with Patriarch Youssef Absi, the head of the Melkite Greco-Catholic Church, one of the 23 Eastern Catholic Churches in full communion with Rome.

In his homily at the Melkite Cathedral in Damascus, the cardinal reflected on Pope Francis’ appeal to Catholics around the world to participate in a two-year synodal process.

He stressed that the invitation also extended to Syria, where many Catholics belong to Eastern Rite churches that have synod structures.

He said: “The Pope’s request for you is then particular: first, that the synodal form, that is to say that which is normally lived between the Patriarch and his brother bishops, become even more a style to all levels of the life of your Church, so that all the organs of participation are above all constituted, and know how to function, as places where the Holy Spirit who governs and guides the Church of Christ is manifested and acts in those who compose them.

“On the other hand, however, be vigilant so that the meetings and suggestions offered to priests, bishops and the Patriarch are not lived out from currents or human interests, currents and alignments also present. at the different levels of the Church, but as moments when everyone has to heart the search for the face of God and his will in our time.

Other items on Cardinal Sandri’s agenda in Damascus included meetings with priests and visits to Catholic charities, hospitals and an orphanage.

On October 27, he met the religious men and women of Damascus and southern Syria at the Memorial of Saint Paul.

The memorial is believed to mark the place of Saint Paul’s conversion, where he fell from his horse on the road to Damascus.

During his trip, postponed from April 2020, Cardinal Sandri is expected to visit Tartous, Homs, Yabroud, Maaloula and Aleppo.

In Aleppo, he will participate in an ecumenical prayer service and an interfaith meeting.

Aleppo was the largest city in Syria and had the highest percentage of Christians, before the Civil War, when there were around 180,000 Christians. According to 2019 figures, that number has dropped to around 32,000.

Grant to repair the historic window of Shrewsbury Cathedral

Humanism or Christianity? What educational project for the future ?, Focus Evangélique