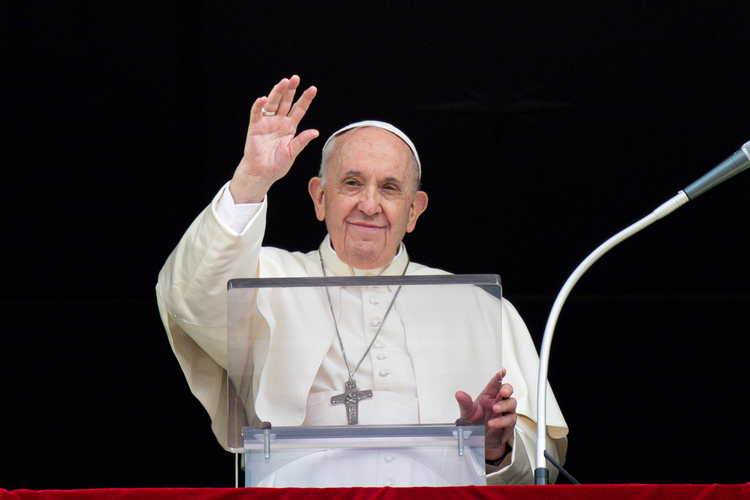 VATICAN CITY (CNS) – Christians must be on their guard and avoid the temptation to think they are better than others, an attitude that risks transforming the Church into a place of “separation and not of communion,” the President said. Pope Francis.

“Let us ask for the grace to overcome the temptation to judge and categorize,” the Pope told pilgrims gathered in St. Peter’s Square on September 26 during his Sunday Angelus address.

“And may God preserve us from the mentality of the” nest “, that of guarding us jealously in the small group of those who consider themselves good: the priest with his faithful, the pastoral agents locked up among themselves so that no one can infiltrate. , movements and associations in their particular charisma, and so on, ”he declared.

Christians must be on their guard and avoid the temptation to think they are better than others, an attitude that risks making the Church a place of “separation and not of communion,” Pope Francis said.

Before saying the Angelus prayer, the Pope reflected on the Sunday Gospel reading in which the apostle John complained to Jesus about someone who cast out demons in Jesus name but who was not among his disciples.

“Don’t stop him. There is no one who performs a mighty deed in my name who can at the same time speak ill of me, “said Jesus. The disciples, explained the Pope,” would want to hinder a good deed simply because it is performed by someone who did not belong to their group ”because they believed they had“ the exclusive right over Jesus ”and that they were“ the only ones authorized to work for the kingdom of God ”.

However, by falling into the temptation to “shut up”, they end up believing themselves privileged and consider others as strangers to the point of “becoming hostile towards them”.

The devil “insinuates suspicion to divide and exclude people.”

“Every moment of being closed tends to keep us at a distance from those who do not think like us, and this is – as we know – the root of so many evils in history: of the absolutism that often has generated dictatorships and so on. a lot of violence towards those who are different, ”he said.

The church, he added, is not immune to this temptation, as the devil “insinuates suspicion to divide and exclude people.”

“We too, at times, instead of being humble and open communities, can appear to be ‘at the top of the class’ and hold others at bay; instead of trying to walk with everyone, we can show our “license to believe”, ”he said.

Pope Francis said the Holy Spirit wants openness in the church so that “there is a place for everyone.”

“’I am a believer; I am catholic; I belong to this or that association; and the others, the poor, no. It’s a sin. Show his “license as a believer” to judge and exclude, “said the Pope.

Pope Francis said the Holy Spirit wants openness in the church so that “there is a place for everyone.”

Jesus also warns that instead of “judging everything and everyone,” Christians should instead seek to “take care of ourselves” and that “if anything in you causes you to sin, cut it off,” said Pope.

“Jesus is radical in this, demanding, but for our own good, like a good doctor. Every cut, every pruning is so that we can better grow and bear fruit in love, ”he said.