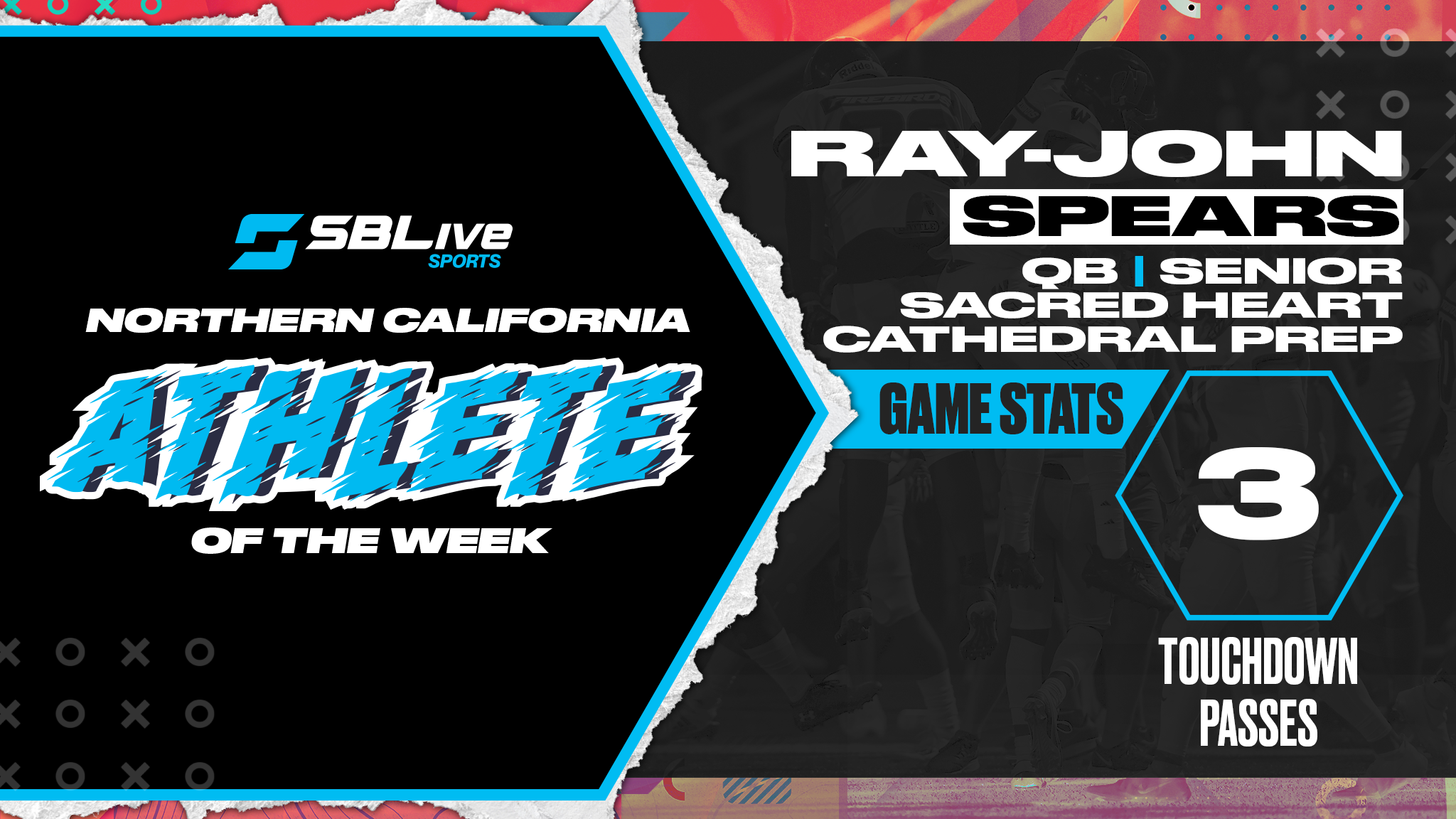 Congratulations to the preparation of the Cathedral of the Sacred Heart strategist Ray john spears for being voted SBLive Northern California High School Athlete of the Week for Nov 29-Dec. 5!

The senior led SHCP to a 31-7 victory over Chico with three touchdown passes.

We are currently accepting nominations for Northern California Athlete of the Week. If you would like to nominate an athlete, please send an email [email protected] or send us a message on Twitter or Instagram at @sbliveca.

Here are the other athletes who were nominated for the week of Nov. 29 to Dec. 5:

Aiden “Ponyboy” Taylor, Central Catholic RB / LB: Taylor led the Raiders to a 44-41 victory over Bullard with 24 carries for 281 yards and four touchdowns. He also returned two kickoffs for 105 yards and was second defensively with five tackles and a sack.

Kemauri Glenn, Wilcox RB / DB: Glenn carried the Chargers to a 35-21 win over Manteca 18 carries for 172 yards and two touchdowns, three catches for 103 yards and another tub, a 36-yard punt return, a kick return 20 yards and five tackles.

Blake Nichelson, Manteca RB: Despite the loss, Nichelson dominated the execution of the ball with 31 carries for 344 yards and three touchdowns.

Jalen Hankins, Liberty (Bakersfield) RB: While we normally have Kern County teams listed in the SoCal post, Liberty has been in the NorCal post this week since playing Pittsburg in a CIF Northern Region bowl game. In the Patriots’ 35-7 win, Hankins ran for 127 yards and a touchdown, and had five catches for 58 yards.

Jakobe Harmon, Pittsburg LB: Despite the loss, Harmon led the game with 12 solo tackles and 16 total tackles, plus a TFL and a sack.

Tre Dimes, Vanden QB: Dimes led the Vikings to a 56-28 victory over Windsor with 252 yards and five 12-20 passing touchdowns.

Jaivian Thomas, McClymonds RB: Thomas dominated in a 40-21 win over Campolindo running for three touchdowns and 239 yards on just 11 carries.

Charles Williams, Catholic Sailor RB: Williams ran for all three touchdowns from MC in a 21-14 win over Escalon.

Andrew Latu, Sacred Heart Preparation RB: In a 20-0 win over University Prep, Latu caught 80 yards and a touchdown, and also ran for 26 yards and another tub.

Mateo Flores, Argonaute RB / DB: Flores ran for 147 yards and a touchdown on 13 carries, and had six tackles.

Nicholas Fontanilla, Salesian collegiate preparer QB: Fontanilla led The Pride to a 36-28 victory over Aragon by completing 16 of 23 passes for 145 yards and four touchdowns, and running for 98 yards.

Sex outside of marriage is not a serious sin, says Roman Catholic Pope Francis – Malawi 24