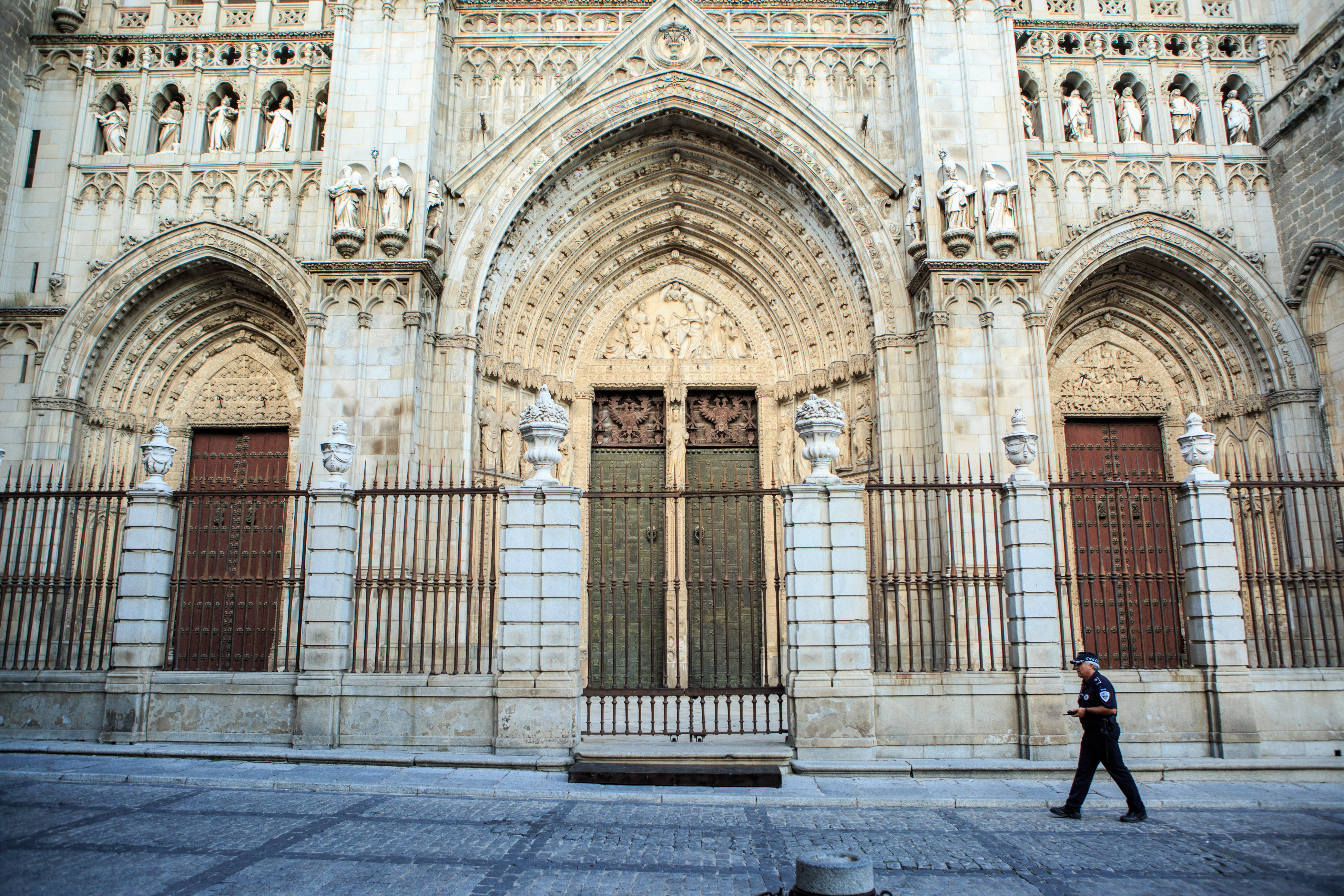 A priest has resigned his post as dean of the cathedral of Toledo in Spain after the church featured prominently in a provocative new clip.

According to the Catholic News Agency, Father Juan Miguel Ferrer Grenesche tendered his resignation for what was considered to be misuse of the place of worship.

The Archdiocese of Toledo Francisco Cerro Chaves told the newspaper: “The dean expresses his request for forgiveness to the institution, on his behalf and on behalf of the different elements of the chapter of the cathedral, to the extent that they had the responsibility , of all the errors and faults that may have been committed in word, deed and omission in recent events. “

Bro. Ferrer’s term in this role was due to end on November 5, but he will now leave the post on October 16 following the controversy.

It comes after the 13th-century cathedral featured as the backdrop for a music video for the song “Ateo”, which translates to “Atheist” by Spanish rapper C. Tangana and Argentine singer and lyricist Nathy Peluso.

The promo sees the couple engage in a steamy dance together within the confines of the cathedral as a series of fascinated spectators, including a priest, watch.

At one point, Tangana is shown pulling on Peluso’s hair while another striking painting in the video shows a naked but pixelated Peluso holding Tangana’s severed head.

Both images are apparent allusions to the works of art that appear inside the cathedral.

The song’s lyrics include the line, “I was an atheist, but now I believe, because a miracle like you was to come down from heaven.”

The Catholic news agency said Tangana paid 15,000 euros ($ 17,000) to use the venue. The resulting video was uploaded to YouTube on Friday, October 7. At the time of writing, it had received over 6.8 million views.

Immediately afterwards, Archbishop Francisco Cerro Chaves apologized to The tablet, saying he “deeply regrets” the cathedral’s involvement in the clip.

He said: “We humbly and sincerely ask for forgiveness from all the faithful, whether lay or priests, who have rightly felt hurt by this inappropriate use of a sacred place.

A special mass was also scheduled the following Sunday, October 17, as an atonement as he pledged that the cathedral would never be used in this way again.

However, the dean of Toledo Cathedral at first hesitated to apologize, telling the media that the song was a story of conversion through love, while acknowledging that it used “provocative visual language”.

“We are sorry that some people may have been upset. We apologize for hurting their feelings,” Ferrer said.

“The aim was only to support a dialogue with contemporary culture while always respecting the faith of the Church.”

Days later, however, in a statement released to the Spanish press via Europa Press and translated by the Catholic News Agency on October 12, Ferrer took a different tone.

He admitted that there had been a “communication problem” and that someone from the church should have been present during the filming to note “the things which then scandalized some people”.

“I recognize all the criticisms and I was wrong, but when they correct me, I like it to be done with charity and respect,” he added.

“I am convinced that music of one type or another, of our faith, what we are looking for is to do good for people and I hope that after all this pain and controversy we will all strive to to do good to another. “

According to Latin hours, this is not the first time Tangana has found himself in hot water, having already courted controversy in August 2020 after posting a photo of himself on social media surrounded by women in bikinis.