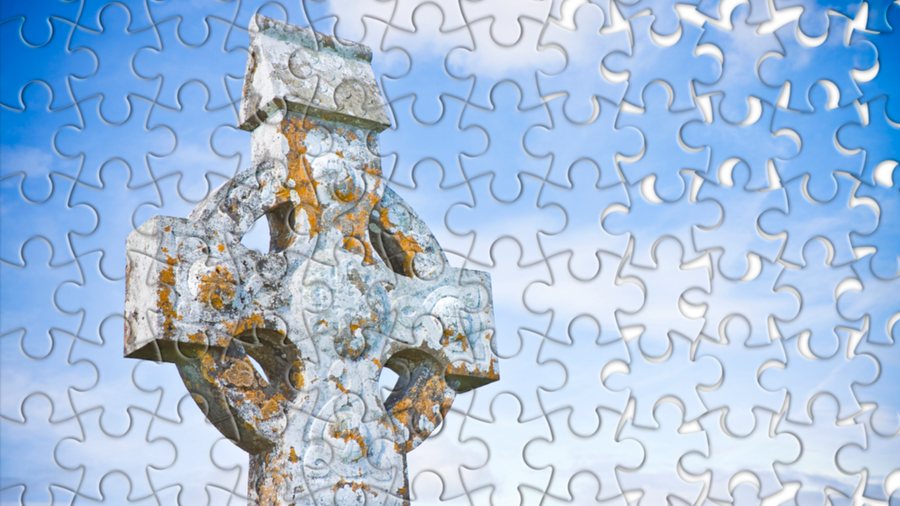 Bob is a man forever shaped by the religious trends of the Vietnamese era. He believes that the progressive Christianity of 50 years ago is a true imitation of Christ and that its decline is a disaster for Christianity in America.

He was my youth group leader at a Catholic church in Connecticut in the late 1980s. And I totally agreed with him. We were both passionate modern Catholics, pro-life liberals but serious liberals.

Bob’s influence on me was brief but significant. From him, I drew an outward-looking and relevant Christian faith. He empowered us, the children, by giving us responsibility for the group while guiding us. I will always be grateful.

What strikes me most about Bob’s worldview is how what is good and bad, right and wrong, is defined by the world, not the church.

Now I see the progressivism that Bob loves as itself the disaster that destroyed the Christian witness in America. The decline of Christianity over the past 50 years is the natural consequence of our inability to free ourselves from it.

What happened? Why have we become so different?

I recently reconnected with Bob after over 30 years and read the two books he just published. He tells his story in Cross the street (now in a second edition) and I love church, I hate church. History inadvertently reveals the limits of progressive Christianity. It shows how these limitations are rooted not just in being left-liberal, but in other things as well.

Cross the street gives advice to Catholics and Protestants on how to achieve greater unity, based on Bob’s decades-long experience as a Catholic and a Protestant. It’s basically his autobiography.

Bob was born into the thick 1950s Catholic subculture of Putnum, Connecticut. Her family was deeply connected with an order of nuns, the Daughters of the Holy Spirit, who had their mother house in Putnum. He attended the local Catholic school and was an altar boy at the mother house. He speaks of this upbringing with great gratitude.

But times were changing. The nuns got rid of their habits and, in some cases, their vocations. His high school teachers replaced the traditional Baltimore Catechism for modern new age theologians like Teilhard de Chardin. While still in high school, James Kavanaugh’s Fr. A modern priest looks at his outdated church became the foundation of his worldview.

Then, in the early 1970s, he went to Holy Cross Jesuit College in Worcester, MA. The college emphasized social justice and theological experimentation. He explored other denominations. He has also done pro-life work. But even then, his greatest passion was to oppose what he believed to be the excesses of his fellow pro-lifers, who did not share his idea of ​​social justice.

Bob returned to Connecticut to serve in various religious teaching positions with the Archdiocese of Hartford (the period I knew him). He left the Catholic Church in 1998 and was ordained a minister in the United Liberal Church of Christ.

I should note Bob’s irenicism here. He disagrees with the Catholic Church, but has no hostility towards it. His wife and children, with his encouragement and blessing, are still Catholic.

I love church, I hate church is the fruit of his 2 1/2 decades as senior Protestant minister. Now retired, he reflects on the institutional practices that hinder the ability of the UCC and ELCA churches in which he served to fully witness to Christ in their communities.

This book and the epilogue of the second edition of Cross the street, make it seem like the past decade has robbed Bob of the hope for the gradual change he’s always wanted. Even Pope Francis is not progressive enough because he will not ordain women. He seems to have lost hope for a Protestant-Catholic unity which he expressed in the first edition of Cross the street.

I think Bob’s hopes were misplaced, for three reasons. Soon into my adult life, I began to see how unrealistic they were, as I watched them fail.

First, Bob’s hopes were the hopes of the baby boomers of the 1960s. Bob’s vision of good owes less to truths that transcend time than to the particular time and place that shaped it. It was a time of unrealistic optimism and recklessness about the world that baby boomers had inherited. “It is forbidden to ban” was a popular slogan.

Freedom from all old restrictions and rules would allow the new world to be born. People liked to smash things that had taken centuries of loyalty and sacrifice to create.

Bob treasured the Catholic world of his upbringing in the mid-twentieth century. But like so many others of his generation, he thought he could make something better by taking it apart. It did not work. It was never going to work.

Less than 20 years younger than Bob, I am part of the generation just behind Bob, “Generation X”. By the time he was our youth minister, the thick Catholic subculture of his childhood was gone, replaced by an empty desert.

All the traditions that had formed it and held the communities together were gone. (Every tradition has such things.) Things like May Crownings and Corpus Christi processions. It wasn’t until I was 30, when we joined other Catholic homeschool parents, that I first experienced these traditions.

Bob expresses his satisfaction that these things are gone and regrets their return. But his generation could afford to take such things for granted, because those things had already shaped them. My generation never experienced them in the first place.

The second reason Bob’s hopes were misplaced was that they were clerical hopes. For much of his adult life, first as a Catholic and then as a Protestant, Bob was an ordained clergyman. Bob’s suggestions in his two books revolve around the institutional church itself. Much of his advice is clerical.

He says he is against bland indifferentism. But that is exactly what we would have with intercommunion and other of his proposals. Our differences make a difference. Removing these differences would create a kind of institutional unity, but not real friendship, not the real brotherhood that we seek.

Obtain The flowA quick overview of daily news from , served with a good dose of humour. Subscribe to The Brewery

I know this from my own experience. I have been working for years on greater Catholic/Protestant unity. He’s not Bob’s type. Bob wants an alliance between traditional Catholics and Protestants. We don’t need Liberal Catholic/Liberal Catholic unity. What would be the use of being united in the dismantling of the Christian faith?

We need something better. Evangelical/Catholic unity has been part of my professional work for the past 20 years. We began to create unity through a common love of Jesus and a shared work to protect the least of them, especially the unborn.

And I do it as a layman. It is clerical to think that greater unity between Catholics and Protestants must pass through our Sunday worship. It is ecumenism as an ecclesiastical substance, which is inevitably liberal and inevitably excludes the greatest allies of Catholicism among our Protestant brethren.

The common ground shared by Orthodox Catholics and Evangelical Protestants is where our friends really are. This is where the truest, deepest and most fruitful friendships should be made.

What strikes me most about Bob’s worldview is how what is good and bad, right and wrong, is defined by the world, not the church. In the main Protestant view, The New York Times sets the agenda and Christian churches declare that agenda to be the work of the Holy Spirit.

I can not understand. And not just because my policy is different from Bob’s.

It must be the role of the church to stay out of politics, to hold it higher. Christianity claims to know something about what God wants that the world does not know. And generally opposes it.

Not the opposite. The church engages politically. But in the words of the church, to address issues that the church knows are important and to push policies that will accomplish what the church believes needs to be accomplished.

four years of Flow columns will show you what my policies are. I am a political conservative. But I have never doubted that it is to the Christian faith and God’s revelation to us that I should be held accountable and not the other way around.

I don’t see that with the liberal mainline or with liberal Catholicism. They agree with whatever the secular left decides. Even imposing transgender on minors. They do not lead to a revival of Christianity, but to its disappearance.

Abortion remains the most obvious example of the political differences between Bob and me. As I said above, Bob and I started out as pro-life liberals. I ditched liberal and doubled down on pro-life. I explained why here. Bob dropped pro-life and doubled down as liberal.

As I got older, got married and started raising kids, ran a pro-family agency and discovered the depths of the Christian faith, I’ve only seen how many good things baby boomers, progressive clerical Christianity are giving up . And for nothing. He exchanges treasures for straw.

I thank God for having begun to discover the treasures. My friend Bob, a really good, well-meaning man, once knew them. I pray that he rediscovers them.

Peter Wolfgang is president of the Family Institute of Connecticut Action. He lives in Waterbury, Connecticut, with his wife and their seven children. The opinions expressed on The flow are only his.