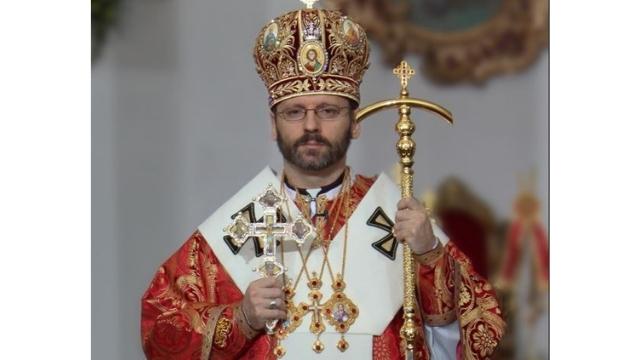 Yes, there are Roman Catholics in Ukraine. A good number of them. The Ukrainian Greek Catholic Church has some 5 million members in a country of 44 million people, and could have more than eight million parishioners if you add the Ukrainian diaspora around the world. He is in full communion with the pope but follows a different (Byzantine) rite. In fact, after the Latin Church, the Ukrainian Church is the second largest within the worldwide Catholic communion. Although there is a small percentage of Latin Catholics (about 400,000) in Ukraine, the Ukrainian Greek Catholic Church has traditionally been the voice of Catholicism in the country.

the Message from Patriarch Sviatoslav Shevchuk, the head of the Ukrainian Greek Catholic Church, published on February 22, 2022, is therefore the most authoritative and official commentary of the Ukrainian Catholic authorities on current events. Although published before the invasion, the communiqué already predicts it and sets out the Catholic response to the aggression.

The Patriarch writes that “The recognition of the self-proclaimed ‘People’s Republics’ of Luhansk and Donetsk as ‘independent and sovereign’ by the President of the Russian Federation seriously challenges and threatens the international community and international law. It does irreparable damage to the very logic of interstate relations, which aim to ensure peace and a just society, the rule of law, responsibility, the protection of human beings, their lives and natural rights. The problem, says Shevchuk, is not just about Ukraine. “Today, all of humanity is in danger of the right of the strongest imposing itself on all, ignoring the rule of law.”

The Ukrainian Greek Catholic Church does not believe that either side is responsible for what happened. There is a party that has assaulted and one that has been assaulted. “By their decision, writes the Patriarch, the authorities of the Russian Federation have unilaterally withdrawn from the long peace process. Instead, “Russian armed aggression” continued. Indeed, the war began with the occupation of Crimea in 2014. “The war against our people, notes Shevchuk, in 2014 left deep wounds in the lives of many of our compatriots: thousands were killed, or left hurt and alone.

But now, according to the patriarch, something worse has happened. “Yesterday’s decision by the President of the Russian Federation destroyed the basic principles of the long process of restoring peace in Ukraine, created opportunities for a new wave of armed aggression against our state and opened the door to a large-scale military operation against the Ukrainians.

Christianity is a religion of peace, explains the patriarch, and the Church always tries to “prevent war”, but on the other hand, Catholic moral theology makes it possible to resist unjust aggression. “Today, he writes, we consider the protection of our native land, our memory and our hope, our right to exist given by God, as a personal responsibility and a sacred duty of Ukrainian citizens.

Defending the Fatherland is our natural right and our civic duty. We are strong when we are together. Now is the time to unite our efforts to defend the independence, territorial integrity and sovereignty of the Ukrainian state. “We are a people who love peace. And that is why we are ready to defend it and fight vigorously for it.

The crisis, believes the patriarch, is international. “We are convinced,” he writes, “that the world cannot evolve and find answers to the challenges of our time by resorting to force and violence, by neglecting universal values ​​and Gospel truth. We call on all people of goodwill not to stand aside from the suffering of the Ukrainian people caused by Russian military aggression.

The Church wants peace, writes Shevchuk, but it should be a “just peace”. When injustice is inflicted on the country, the Catholic Church stands with the “defenders of Ukraine, who these days are an example of sacrificial love and devotional service to our people. May the merciful Lord protect them from all dangers and endow their endeavors with the ultimate victory of truth and goodness,” prays the Patriarch.

Theology Cannot Save Us | Christianity today