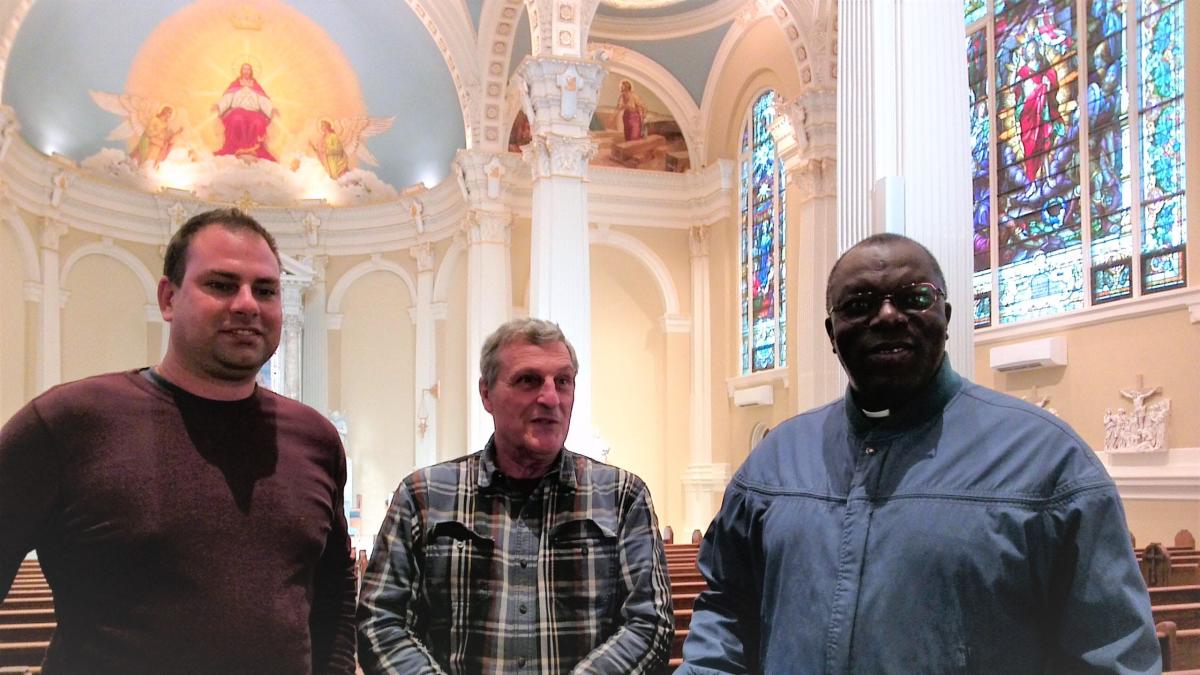 A week ago, workers rushed inside St. James Roman Catholic Church in Johnson City. They were carpeting and adding other last-minute touches to a six-month renovation of the church, founded in 1900.

Father Charles Opondo-Owora, the pastor, approached and hugged the base of a newly installed statue of the patron saint. It was from this location about five years ago that the project was born.

Opondo-Owora was new to the ward and decided to move the tabernacle from there to the side behind the high altar.

â€œThe Lord is the center of our life,â€ he said.

Then he noticed that the shrine had to be cleaned up, which led to more.

â€œWe really need to clean up the whole church. Why would one place be so beautiful and the other just like … ah? Said Opondo-Owara.

With over four years of planning and discussion, and six months of hard work, the restoration was recently completed. Parishioners had attended Mass in the basement until Christmas.

Kolly, whose parents and grandparents also went to St. James, volunteered to help with the project.

Ryan Jenson, ward business and facilities manager, was the third member of the renovation team.

Jenson said they consulted with parishioners when developing the plans. And they worked with Martin Rambusch and Troy Simmons, both from companies with years of experience renovating churches.

A major change stabilized a sloping ground directly in front of the altar. It now provides easier access for people in wheelchairs and their families. There is also an improved space for the folk choir.

â€œYou’re never going to see it if you weren’t here before, but it was a lot of work to level this ground. I think we’re pretty proud of the way it came out, â€Jenson said.

A hearing loop has also been installed in the floor that connects the audio system to the T-coil hearing aids.

In the aisles, the benches have been shortened to facilitate access to the aisles and around the pillars.

Looking up, there are vibrant images of saints in the ceiling domes and a mural above the altar. They were meticulously cleaned and restored by experts who sometimes used cotton balls to do their jobs.

Jenson said the colors on the walls and pillars are more vibrant now. He marveled at the change from different lights, â€œnew architectural LED lighting and dimming control for different scenesâ€.

The stained glass windows have also been restored. Jenson said this includes a decades-old name correction on a shutter requested by a descendant of the original donor.

Nearby is the main entrance, where terrazzo tiles feature a scallop which is the symbol of scallop.

The cost of the project was approximately $ 1.8 million. The parish drew on two endowments left by parishioners, as well as money donated by current members.

â€œThe plan is still to pay off whatever is left,â€ Jenson said. â€œWe reimburse the investments.

â€œI am very, very grateful that God’s people were involved as much as they could,â€ Opondo-Owora said of the project.

â€œThank God for the people of God,â€ he added.

More faith: Northminster Presbyterian Church in Endwell collects and donates furniture to those in need

Give back: Broome County Catholic Youth Organization moderator has plenty of behind-the-scenes duties

Evangelicals, a rising force in Argentine prisons …… | News and reports