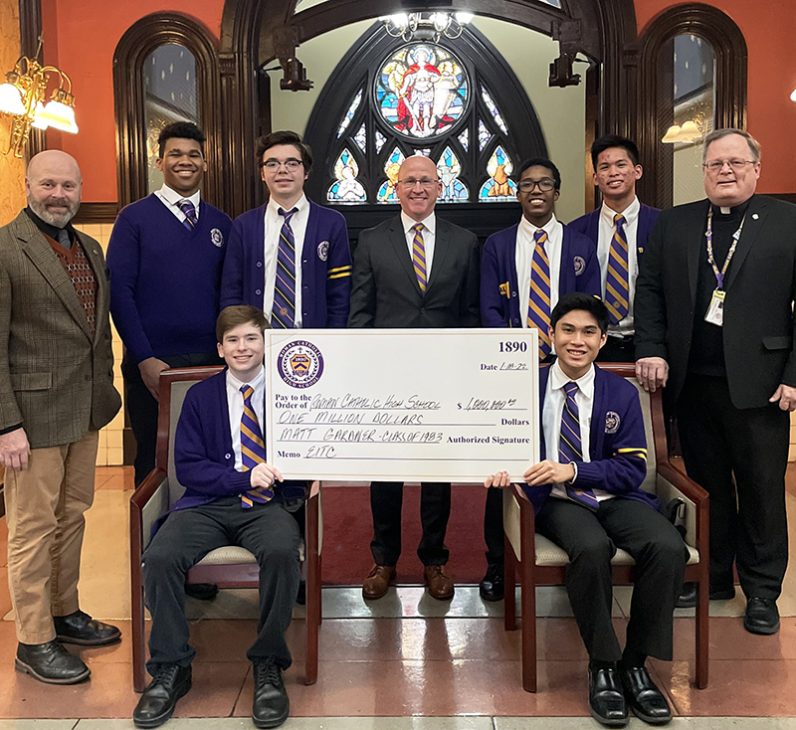 The donation utilizes Pennsylvania’s two programs through which businesses can receive state tax credits on donations to approved scholarship organizations for non-public students.

Gardner made the donation in memory of his late brother Chris, a 1977 Roman graduate, to provide tuition assistance to as many as 400 current and future students from low- and middle-income families.

“My four years at Roman helped make me the person I am today, and I still draw on what I learned there in class, in student government, and on the football field every day. “, did he declare.

“Education is the key to an independent and prosperous future, and I’m glad these funds will help many young men in the Philadelphia area enroll in a rigorous, faith-based college preparatory program.”

“Matt’s generosity is truly overwhelming.” said Father Joseph W. Bongard, president of the Roman Catholic Church. “Through his commitment, Matt provides educational opportunities for current and future students who would otherwise be relegated to failing schools. We are honored to receive such commitment and welcome the positive impact this donation will have on our student population.

Philanthropy and community involvement are hallmarks of Gardner’s career. He

Gardner previously served on the board of directors of John W. Hallahan Catholic Girls High School and the board of directors of the Philadelphia Hero Scholarship Fund, established to support the children of Philadelphia police officers and firefighters disabled or killed in the line of duty. their functions; Gardner himself was a recipient of tuition assistance from this fund.

He also served on the board of the Philadelphia Children’s Advocacy Center, providing vital services to the city’s most vulnerable children, and was active with the non-profit Bridges to Community, traveling extensively in Central America, leading groups that provide economic and capacity services. increased support for deeply impoverished areas.

Gardner holds a BS in finance from Drexel University and an MBA from the Wharton School of Business at the University of Pennsylvania. He resides in Erdenheim, Montgomery County and Stone Harbor, NJ with his wife Kelley and their sons Reilly and Alexander.