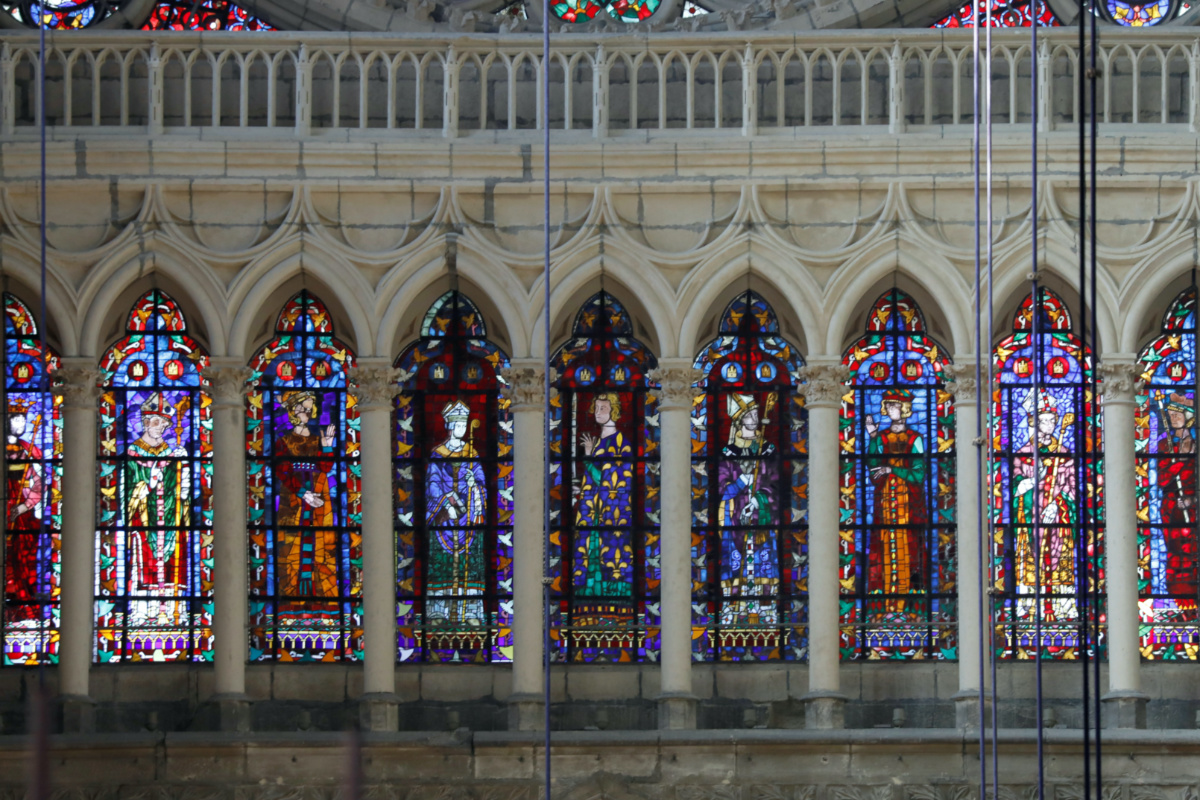 The French Catholic Church has counted around 3,000 pedophiles in its ranks over the past 70 years, said the head of an independent commission to investigate the sexual abuse scandal in an interview published on Sunday.

The scandal in the French Church is the latest to hit the Roman Catholic Church, which has been rocked by sex abuse scandals around the world, often involving children, over the past 20 years.

Stained glass windows can be seen inside the Reims Cathedral, built in the Gothic style and listed as a UNESCO World Heritage Site, where 31 kings of France were crowned, in Reims, France, April 18, 2019. PHOTO: Reuters / Charles Platiau / File photo.

The French commission is due to release its findings on Tuesday, marking the culmination of two and a half years of work, investigating allegations of abuse dating back to the 1950s.

“We have estimated the number [of paedophiles] as amounting to 3,000, out of 115,000 priests and religious, going back to the 1950s â€, declared the president of the commission Jean-Marc Sauve to the Sunday Newspaper.

A spokesperson representing the Conference of Catholic Bishops of France declined to comment on Sauve’s comments.

A Vatican spokesperson said he would wait for the full report to be released before deciding whether or not to comment.

The French Catholic Church on Sunday posted a prayer on its official Twitter account, on behalf of the victims, and added that it would also hold a prayer on October 5 – the day the report was released.

â€œDear Lord, we entrust to you all those who have been victims of violence and sexual assault in the Church. We pray that we can always count on your support and help during these trials,â€ he wrote on his twitter account.

Steps to Eliminate Abuse
Since his election in 2013, FranÃ§ois has taken a series of measures aimed at eliminating the sexual abuse of minors committed by religious.

In 2019, the Pope issued a landmark decree making bishops directly responsible for or covering up sexual abuse, requiring clerics to report any cases to church superiors, and allowing anyone to complain directly to the Vatican if necessary.

This year, he released the most comprehensive review of Catholic Church law in four decades, insisting that bishops take action against clerics who abuse minors and vulnerable adults. Critics said he hadn’t done enough.

The French Catholic Church, which has seen the number of worshipers decline in recent years, said in March it would offer financial compensation to those who have been abused.

Last month, the Roman Catholic Archbishop of Cologne decided to take a “spiritual downtime” from his duties after making serious mistakes in a crisis of clerical sexual abuse.

A report released last year in Britain said the Catholic Church received more than 900 complaints about more than 3,000 cases of child sexual abuse in England and Wales between 1970 and 2015, and that there had been more than 100 reported allegations per year since 2016.