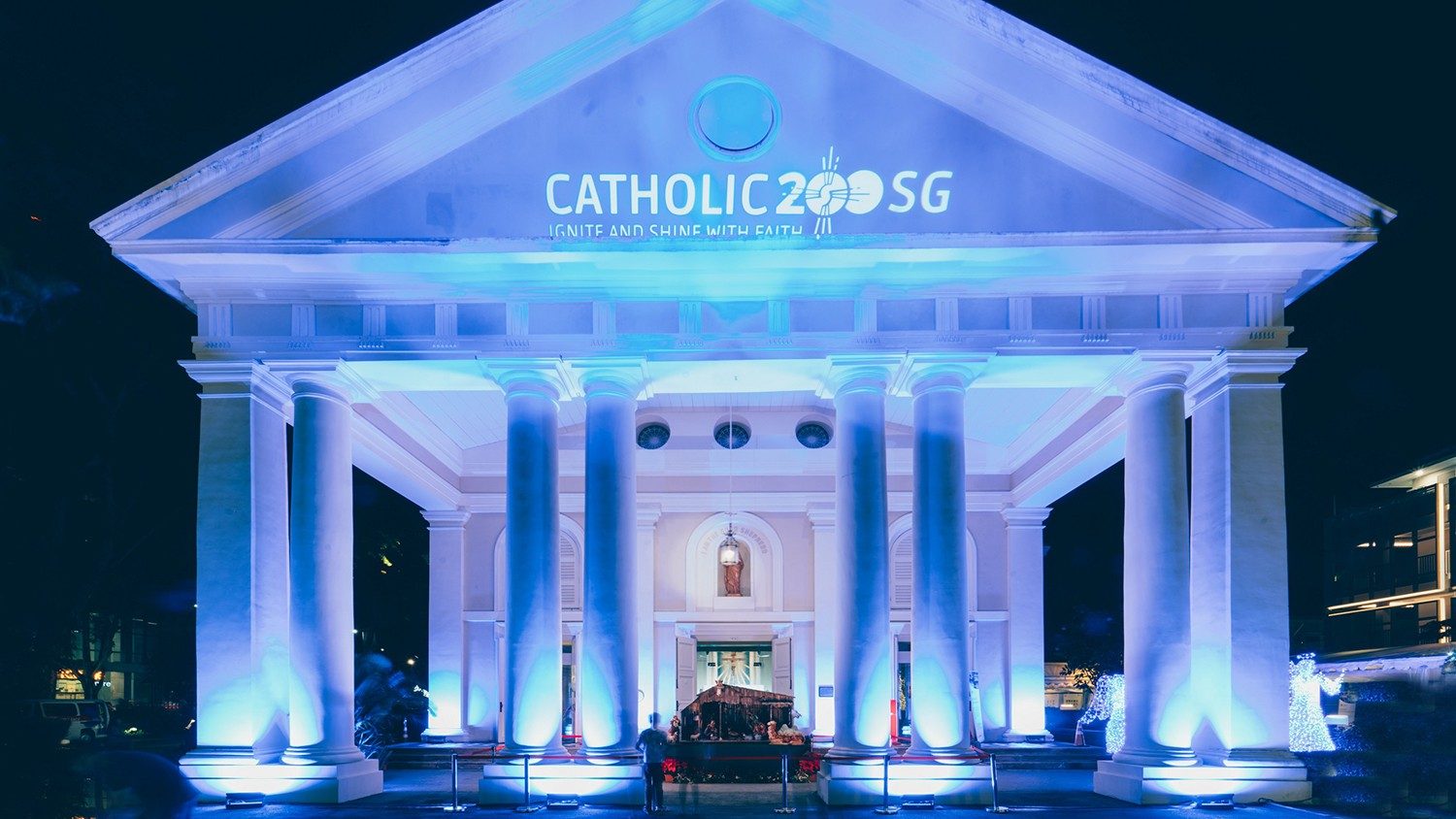 The bicentennial celebrations, which began on December 13, 2020, ended on Saturday with simultaneous masses at all 32 parish churches in Singapore.

Singapore’s Catholic Church closed its 200-year celebration in the city-state last week. The bells of the island’s 32 Catholic parish churches rang simultaneously for one minute at 6 p.m. on Saturday, followed by masses.

All the churches were inspired by the main mass celebrated by Archbishop William Goh of Singapore in the Cathedral of the Good Shepherd, the oldest Catholic church in the country.

Prime Minister Lee Hsien Loong shared the joy of the Catholic community in Singapore with his presence at Mass in the cathedral in recognition of the presence of the Church and its contribution to Singapore.

â€œLight up and shine in faithâ€ was the theme of the one-year bicentennial celebrations, dubbed Catholic200SG, under the Archdiocese of Singapore, the island’s only diocese. The final week, December 4-11, saw a flurry of events and programs leading up to Saturday masses.

Archbishop William Goh at the start of mass.

The French Saint Laurent Imbert, member of the Society of Foreign Missions of Paris (MEP), is considered the Catholic priest to have celebrated the first mass in the island nation, after having landed on the shores of Singapore on December 11, 1821 .

He wrote to Bishop Esprit Marie Joseph Florens, the apostolic vicar of Siam who had appointed him: â€œI arrived in Singapore on the 11th instant, and I visited, at the request of Your Lordship, the Catholics of this new colony. There are only 12 or 13 in number and seem to lead miserable lives. ”

From there he traveled to Korea, where he was appointed apostolic vicar in 1836. He was martyred there on September 21, 1839 at the age of 43. He is one of the 301 martyrs of Korea who were declared saints by Pope John Paul in 1984.

Today, Singapore’s Catholics number 300,000 and have made their presence and contributions felt in the city-state.

â€œWe are called to give thanks for what the Lord is doing through our Churchâ€, declared Bishop Goh in his homily. “Despite a downward trend in many countries where people are losing faith in God, the recent census shows that we have grown stronger over the past five years,” he told worshipers, who were few in number. taking into account the Covid-. 19 protocols.

The closing mass of the Singapore centenary celebrations.

Archbishop Goh expressed his satisfaction that the Catholic200SG celebrations brought Catholics together in a creative way. Online events and videos garnered over one million views during the anniversary year. The festival from December 4 to 11 saw 12,000 Catholics attend various events and activities in the Archdiocese, and over 6,000 others attended the final closing Masses in churches in the 32 parishes.

Prime Minister Lee expressed his satisfaction at being able to join the Catholic community at Singapore Cathedral. In a Facebook post, he said he learned from a video about the contribution of the Catholic Church in Singapore for two centuries, through education, health care and social protection. “In our multireligious society, Catholics prosper and coexist in harmony with other religions,” he added.

The majority of Buddhist Chinese, Malaysian Muslims and Indian Hindus in Singapore have largely avoided conflict since race riots between Chinese and Malays killed around 40 people in the 1960s.

Archbishop Goh stressed that although the government is secular, it maintains neutrality and encourages cooperation between religions in the development of social, moral and spiritual values â€‹â€‹of the people.

â€œThe religions here in Singapore are respectful and support each other,â€ he said, adding, â€œWe have a very strong interfaith harmony in Singapore, something that has been painstakingly built over many generations. “

The Archbishop noted that the Church has grown â€œinternallyâ€ over the past eight years, in terms of Archdiocesan offices, strengthening and new movements. Some new have been added and others expanded, such as the Engaging Youth Office, especially those in colleges, universities and working adults. The Family Commission with 11 affiliates has been re-established and now serves the engaged, married, divorced and bereaved.

With the start of the new Council of Directors of Catholic Schools, the Archdiocesan Commission for Catholic Schools (ACCS) has been very active. The archdiocese has also strengthened its digital media, Catholic Radio and Catholic News. New movements have sprung up, such as the Catholic Leadership Center, the Catholic Architectural Guild, the Catholic Social Workers Guild and others. â€œIndeed, our Church is alive! Our Catholic lay people are alive! Our organizations are alive. They are filled with the Holy Spirit, â€Archbishop Goh said.