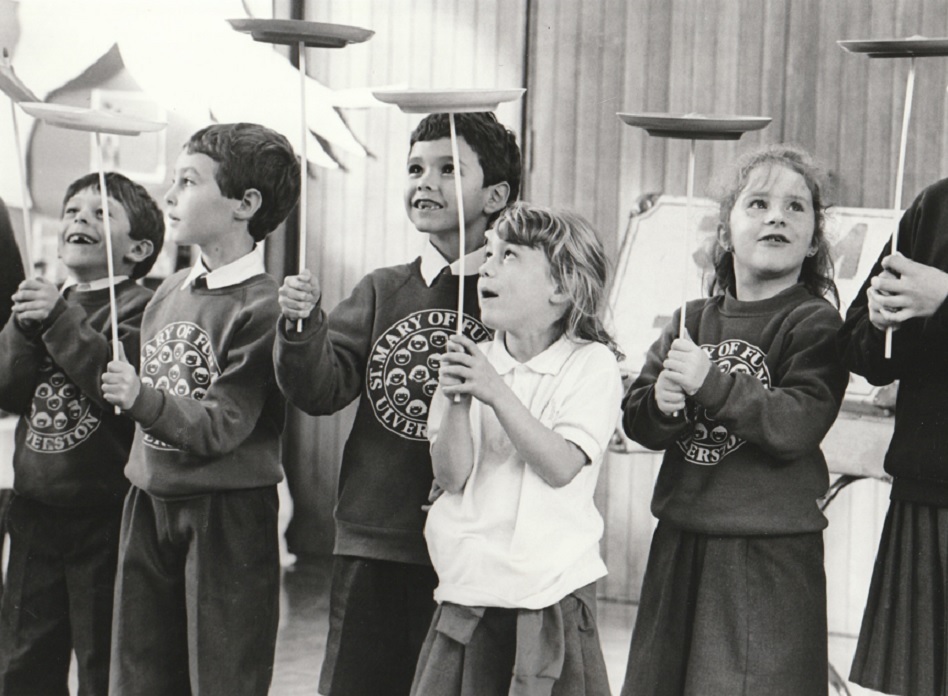 SILVER Jubilee celebrations, which included a special 25th birthday party for over 100 students, were held at St Mary’s Catholic Primary School in Ulverston in October 1995.

The celebrations, which took place to mark the 25th anniversary of the move to the school site in Springfield Road, began with a special mass.

Throughout the day, an exhibition of photographs showing many alumni and former staff members who have participated in the life of the school over the past quarter of a century was held.

Among the 70 special guests present at the celebrations were former teachers who had taught at the school as well as three RC priests who had served in Ulverston Parish for the previous 25 years.

One of the main highlights for the boys and girls at the school was a special birthday party held in the afternoon to mark the silver anniversary.

Enthusiastic young people aged four to 11 laughed and shouted in delight at the entertainment provided by Jem the Juggler, one of the members of the Ulverston-based group Fairly Famous Family.

In addition to enjoying two huge birthday cakes made especially for the occasion, the children enjoyed many other treats.

Prior to moving to its Springfield Road site in September 1970, St Mary’s RC School was based in Victoria Road, adjacent to the Roman Catholic Church of St Mary of Furness.

In 1997, a schoolboy from Ulverston won first prize in a national competition for his talent as a writer.

Stefan had to write a letter on the subject of My Dream Job and chose to send a letter to Christopher Wren to become an architect.

It included a cut-out model of some buildings.

The pupil from St Mary’s RC Primary School won £ 50 and a certificate.

The contest attracted over half a million entries.