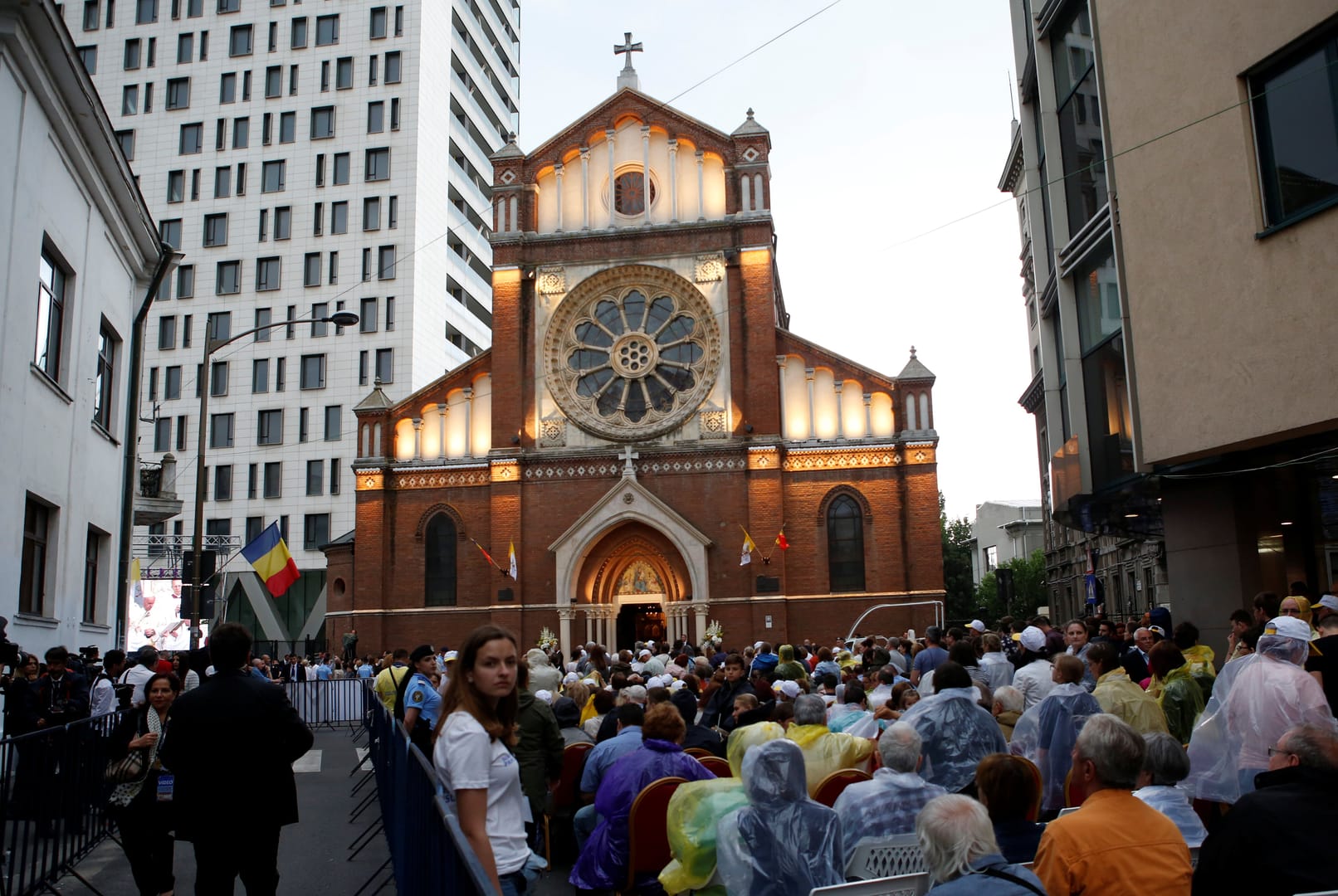 Romanian authorities have ordered the demolition of a 23-story office building dwarfing Bucharest’s Catholic cathedral, 10 years after a ruling that it was built illegally and endangers the historic monument.

Father Tarciziu-Hristof Serban, spokesman for the Romanian Archdiocese of Bucharest, called the order “a joyous affirmation of the life of the Church after all the aggressions directed against us. Our Archbishop has consistently lamented the injustice from the start, pointing out the perils posed to the Cathedral, a cultural, historical and religious monument.

The priest spoke amid preparations for the dismantling of the 246-foot tower on July 20 orders from Bucharest Mayor Nicusor Dan, who confirmed it was built without legal permission and endangers St. -Joseph neighbor of the 19th century.

In a July 29 interview with Catholic Press ServiceSerban said previous mayors had refused to enforce a “final, final and irrevocable decision of the Court of Appeal” in 2012 ordering the demolition, adding that Catholics were grateful that “a decision that should have happened a long time ago” is finally taken.

“The current mayor is an architect who has long fought abuses by construction companies disfiguring the central panorama of Bucharest,” Serban said. CNS.

“Although no other legal steps are possible, owners can always try to hinder or delay the demolition, especially since they are required to finance it themselves.”

In 2006, city officials authorized construction of the Cathedral Plaza tower, a project of the Millennium Building Development Corporation, but construction was halted by repeated appeals from the Catholic Church, which warned that it jeopardized the image and the structure of the historic cathedral, built in 1875-1883 by the architects Friedrich Schmidt and Carol Benesch.

Demolition orders for the building, which stands a few meters from the Gothic-Romanesque cathedral, were later issued by the courts of Dambovita, Ploiesti and Constanta, but ignored by city and company officials.

Announcing his order on Facebook, Dan said “some administrative steps” still needed to be taken before demolition could begin, but added he was confident the move would proceed after years of dithering.

“Since 2013, the town hall of the capital has been forced by a final court decision to demolish this building,” explained the mayor.

“The expenses will be assumed initially by the municipality, then recovered from the owners of the building. Our goal now is for the land to be harmoniously reintegrated into the urban landscape of Bucharest.

In a statement on the website, Bishop Aurel Perca said the mayor’s order symbolized a “return to normality” and a victory “not only for Catholics, but for all citizens of Romania.”

He added that the Archdiocese was grateful for the perseverance of his predecessor, Bishop Ioan Robu, in the “arduous course of justice”, as well as the goodwill and solidarity long shown by local Catholics.

“This act by the mayor…represents an act of historic reparation…a crowning achievement of the efforts of the Romanian judicial system,” Perca said.

“It is part of a series of acts by Romanian state institutions and authorities, which have identified judicial fraud and the existence of interest groups putting pressure on the local administration with harmful consequences for our historical heritage”.

Serban said it could take some time to find a specialist company capable of carrying out the “delicate demolition work”, given the “very narrow space” between the office building and the cathedral, which was damaged by American and German bombing during World War II.

“But the mayor promised that we wouldn’t have to wait long, so we are praying with gratitude that the work will start,” Serban said. CNS.