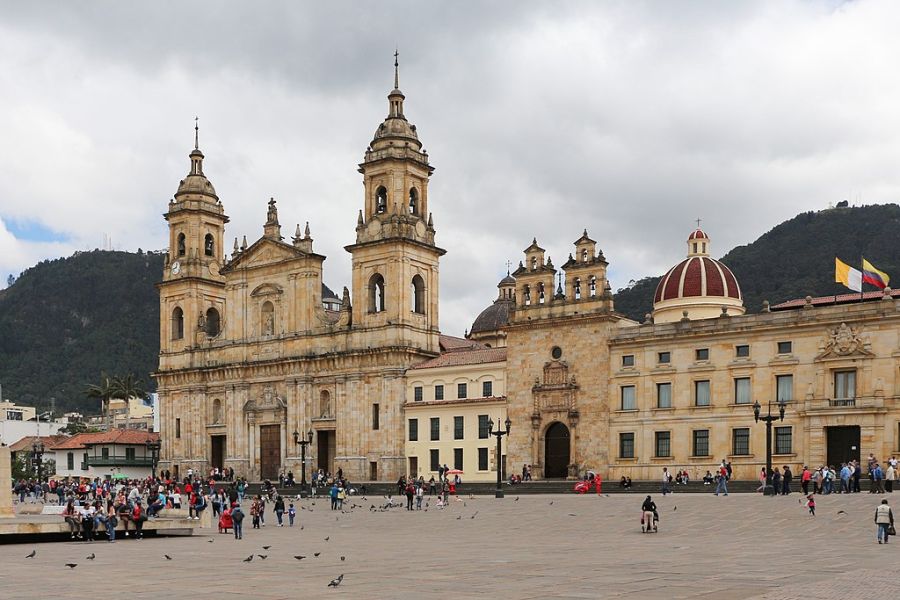 On Sunday, the Primatial Cathedral of Bogotá announced the start of a jubilee year granted by the Holy See on the occasion of the bicentenary of the consecration of the church.

During the April 17 ceremony, Father Jorge Marín, Dean of the Cathedral, read the February 26 decree of the Apostolic Penitentiary granting the Jubilee Year, which runs from April 17 to April 17, 2023.

According to the press office of the Archdiocese of Bogotá, the priest explained that during this “year of joy and grace…a plenary indulgence will be graciously” granted to all the faithful who attend the cathedral and fulfill the conditions: that the individual be in the state of grace through the accomplishment of acts, and have complete detachment from sin. The person must also sacramentally confess their sins and receive communion, up to about 20 days before or after the indulgent act.

The archdiocese said that “the elderly and the sick, who for a serious reason cannot attend the cathedral, can obtain the indulgence by repenting of their sins, fulfilling the aforementioned conditions and joining spiritually in the celebrations. of the jubilee, offering to the merciful God their own sufferings and inconveniences.

The Apostolic Penitentiary has asked the diocesan penitentiary, cathedral clergy and priests endowed with faculties to “promptly with a generous spirit make themselves available to hear confessions” so that the faithful can easily access the sacrament of confession.

As part of the celebrations for the Jubilee Year, Fr. Marín presented a musical work composed for the cathedral “which includes works from six centuries, played on the organ of the cathedral”.

Works include “The Magnificat of Gutierre Fernández Hidalgo from the 16th century; and the improvisations of this century master Juan de Rubia, organist of the Sagrada Familia in Barcelona, ​​Spain.

According to the archdiocese, “the Primatial Cathedral of Bogotá has witnessed the events of the city and the country” and “it is an epicenter of faith and a reference of culture and art”, since its history goes back at the foundation of August 6, 1538. of the city.

That day, Brother Domingo de las Casas celebrated the first Mass in the city. A series of cathedrals were built on the site. The current building, built in the neoclassical style, was started in 1807 and completed in 1823.

The church, dedicated to the Immaculate Conception and Saint Peter, was named Primate of Colombia by Leo XIII in 1902.

Saint Paul VI visited the cathedral during his apostolic pilgrimage to Bogotá on August 22, 1968. During his visit, the saint spoke with the archdiocesan clergy, whom he thanked for their faithful and generous devotion to the Church and prayed for the increase and perseverance of vocations.

On July 1, 1986, Saint John Paul II visited the cathedral on the occasion of his apostolic journey to Colombia and met Colombian priests, seminarians and religious to celebrate the “flowering” of priestly and religious vocations.

The Polish saint also pointed out that his meeting with the clergy took place in the Cathedral of Bogotá, “center of diffusion and convergence of the life of the Church in Colombia, and at the feet of Mary, the Immaculate Conception, in whom this basilica, this archdiocese and the whole nation are consecrated”.

Pope Francis also visited Bogotá Cathedral during his 2017 apostolic trip to Colombia. On September 7, the Holy Father went to the altar of the church where the painting of Our Lady of Chiquinquirá was and placed a rosary in front of the image of the Virgin Mary.