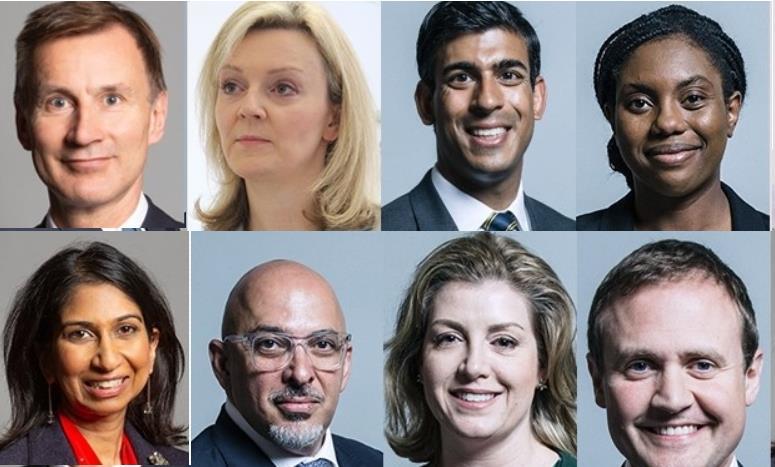 The Faith of 8 Conservative Hopefuls | Opinion

Mr Sunak provoked a strong reaction from Christians after quoting 1 Corinthians 13, saying ‘charity is patient, is good’. He was speaking in defense of the government’s decision to temporarily scrap the 0.7% GDP funding target for international aid.

Mr. Sunak is Hindu. In 2020 he described Britain as “a secular country” in comments praised by Humanists UK.

The current foreign secretary is said to have described herself as a Christian in the past, but there appears to be no record of which denomination she belongs to. In recent years, she has spoken a lot about the importance of freedom of religion and freedom of expression.

Mr. Tugendhat is a Catholic and a former soldier. In 2017, he asked the then foreign secretary if he would consider asking the leader of the Anglican or Catholic Church to help negotiate the release of political prisoner Nazanin Zaghari-Ratcliffe.

There seems to be some Christian influence in Mrs. Mordaunt’s upbringing. It is possible that she went to a Catholic school. She has been a strong supporter of the ban on conversion therapy, tweeting recognition from religious leaders who are in favor of the new law. She was a supporter of Westminster politicians imposing new abortion laws in Northern Ireland.

Mrs. Braverman is a Buddhist. She has repeatedly criticized “woke ideology” and elements of the trans debate. When launching her leadership bid, she said she wants to return to a situation where a man is a man and a woman is a woman.

Jeremy Hunt said he was a Christian. He described his faith as “the regular Church of England” and said he sometimes prays. Mr Hunt was Foreign Secretary when the Bishop of Truro’s report on the persecution of Christians around the world was published. He supported doing more to fight religious persecution, including against Christians.

Mr. Zahawi is believed to be a Muslim. He was the minister responsible for the deployment of the vaccine and he praised the contribution of the churches to local and national life. As Education Secretary, he said he was “proud” to call the Church his partner and he attended the 17th anniversary of the founding of the Catholic Education Service.