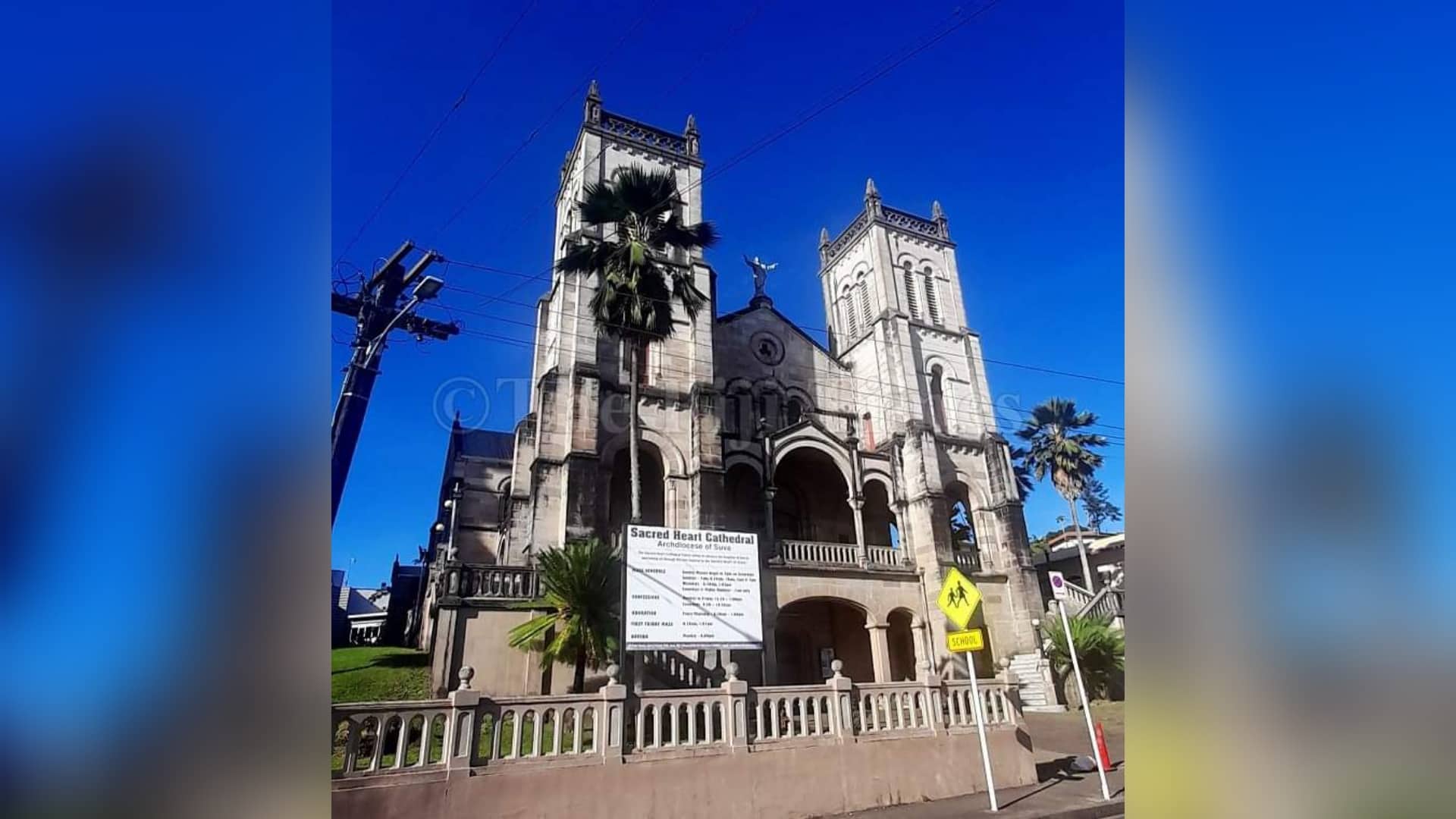 In the heart of the city of Suva, located along Pratt Street, stands the magnificent Cathedral of the Sacred Heart.

Known as the seat of the Catholic Archdiocese of Suva, the grand European design features blocks of sandstone imported from Australia, concrete staircases, balustrades and two towers.

When Abbé Bréhéret wrote his annual report for 1879, the government had still not taken a decision on whether to move the capital of Levuka to the deep-water port of Suva, in the south-east of the main island.

He thought Levuka was more central than Suva.

However, this changed when Suva started to develop as a commercial center and Europeans were attracted by the opportunities offered. The cathedral timeline began in 1885 when the first Roman Catholic church was just a small wooden chapel of St Paul in Toorak Rd.

Father Chaix was sent to serve the hundred or so Europeans and the many Solomons and Neo-Hebrides living in the new capital. St Paul’s was the first Christian church to be built in Suva and it could be seen from the bay by ships entering the harbour.

The construction of Suva Cathedral was the most important of all the Bishop’s undertakings.

Reverend Dr Julien Vidal was the first Roman Catholic bishop in Fiji in 1888.

He purchased the site of the cathedral in Suva and hired Father Anselme Rosier from New Caledonia to begin the plans for the cathedral using local stone.

Attempts were made to obtain permission to quarry stone from Labiko Island but after much difficulty it was abandoned and a quarry purchased at Walu Bay.

Unfortunately, the stone proved to be unsuitable and there were no qualified masons to prepare the blocks anyway. In 1892, the crypt was excavated to lay the foundations.

Bishop Vidal travels to Sydney and decides to import blocks of sandstone from the Pyrmont quarries. On July 22, the cornerstone was laid by Archbishop Redwood of Wellington.

Abbé Rosier and his Caledonian stonemasons return to their country, leaving behind the inexperienced labor to continue on their own.

The problems worsened with an increase in the cost of transporting the stones. During his stay in Europe, Bishop Vidal met a young architect, Pierre Bourdier.

He was encouraged by the bishop to accompany him to Suva as Brother Bourdier.

He arrived in 1897 and immediately took charge of the construction of the cathedral.

However, an outbreak of bubonic plague occurred in Sydney in 1900, which resulted in severe quarantine regulations being imposed on Fiji for over six months. On top of this, heavy stone imports were eventually suspended and Australian stonemasons were made redundant.

August 1901, the statue of Christ is raised above the front gable and the ornamentation of the facade is in progress.

A year later (1902), the main structure was completed, but due to financial constraints, construction of the towers was postponed.

However, on July 20 of the same year, the building was blessed and used for the first time.

The Vicar Apostolic of Fiji at the time was Reverend Dr Julien Vidal. Father Bourdier later undertook studies for the priesthood and was ordained in 1906 at the age of 50.

Over the years, construction of the two towers began from 1934 to 1935, and fundraising by the congregation began.

In 1937, Abbé Bourdier died at the age of 80 while he was still working on the plans for the towers of the cathedral.

Two years later (1939), the two towers and a flight of concrete steps curved around the southwest corner to match the opposite side were completed.

In 1993 construction of the sanctuary and the major upgrade undertaken to the cathedral by the Archbishop of Suva, Rev. Petero Mataca began.

Finally completed in 1994, the cathedral commemorated the 150th anniversary of the Marist mission in Fiji on August 15.