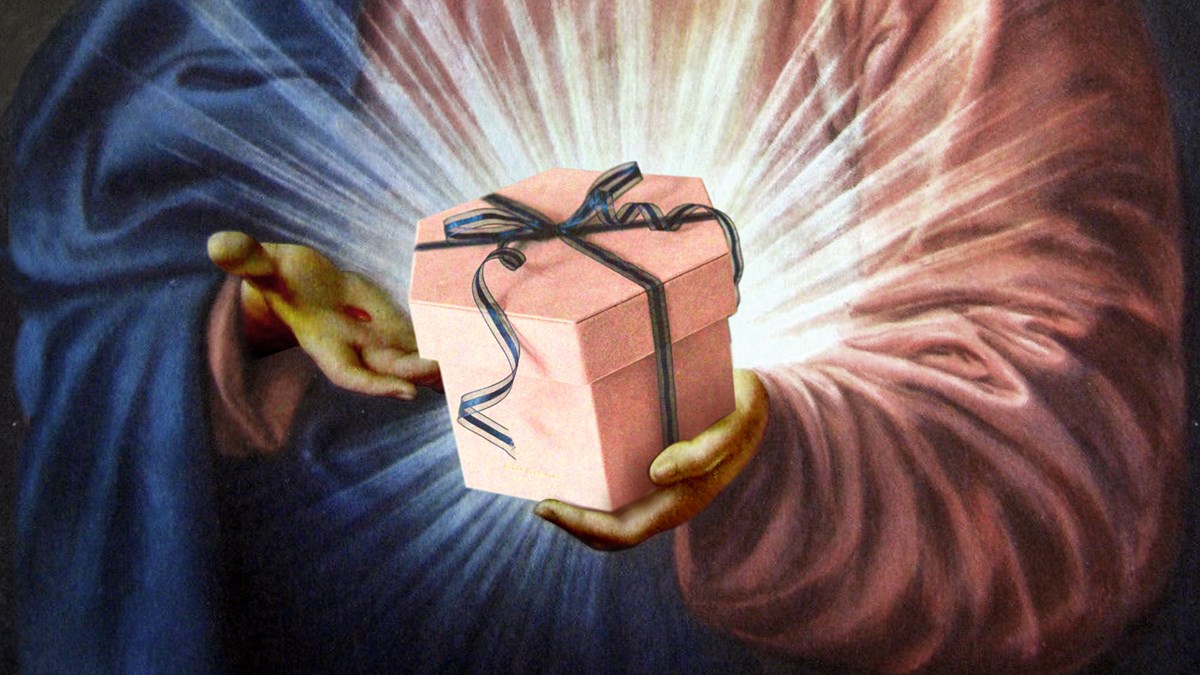 The gospel is the giver of salvation, not just the gift

Ohen I was a teenager, my church trained young people in door-to-door evangelism. We would knock on a door and ask the person, “How sure are you of going to heaven when you die?” Most people weren’t 100% sure, and this opened up an opportunity to share what Jesus had done for them. At the time, I would have summed up the main message of the Bible like this: You can avoid hell and go to heaven if you pray the sinner’s prayer, accept Jesus into your heart and go to church. As far as I know, that was the gospel.

New Testament theologian and scholar Klyne Snodgrass probably had someone like me (or at least the 16-year-old me) in mind when he wrote You Need a Better Gospel: Claiming the Good News of Participation with Christ. Snodgrass’ basic argument is that too many Christians and churches — even pastors (who should know better) — have embraced a cheap, counterfeit gospel. The true message of salvation, he argues, is not about going to heaven or asking for a free prison pass, but about knowing Christ himself, the Giver as well as the Gift.

Those who have studied Paul’s theology will quickly recognize that Snodgrass claims a particular theory about Paul’s understanding of salvation. Some scholars prefer to emphasize justification by faith, focusing on the language and imagery of imputation (the transference of Christ’s righteousness to sinners) and the appeasement of God’s wrath. Others point to Christ’s victory over evil or, in Pauline parlance, over “sin and death.”

Snodgrass, for one, identifies with those who center the idea of participation in Christ. (It is unclear why the Snodgrass subtitle refers to participation with Christ rather than using the traditional language of in Christ; the change does not seem to have any particular meaning.) At its core, the participatory approach is relational. It is a question of finding one’s identity and one’s place “in Christ”, in complete safety in his kingdom, and of flourishing in a living communion with the Messiah.

A theological bullet in the arm

Before getting to the heart of the matter, I would like to say a few words about style. Snodgrass is a highly respected biblical scholar, best known for writing an excellent volume on interpreting the parables of Jesus (Stories with Intent) and for championing women in ministry, especially within her denomination, the Evangelical Alliance Church.

This book, You need a better gospel, does not read like a traditional academic book. There are very few footnotes, direct engagement with current researchers is limited, and the tone is more conversational. The chapters are short (about 10-15 pages each) and the intended audience is pastors and ordinary Christians. This is not systematic gospel theology but rather a theological “shot in the arm” from an academic expert who has been around for some time and has seen how flawed Christian teaching and cheap gospel has affected the church .

The 11 chapters of the book are not grouped into specific sections, but they seem to be organized as follows: Chapters 1-3 discuss the concept of participation and explain why it is crucial to the gospel. Chapters 4 through 9 cover a range of biblical texts from the Old and New Testaments, and the last two chapters return to the importance of participatory theology for Christian living.

Right off the bat, Snodgrass starts with the problem: “We have offered a deficient, inept, inert gospel that, in the end, is not even gospel, not good news.” He accuses the church of preaching and living a cheap gospel that does not lead to meaningful and lasting change. Snodgrass is candid about his own understanding of the gospel. At the beginning of the book, he offers a brief portrait of participatory theology that emphasizes God coming to sinners in the incarnate Son of God, overcoming evil and bestowing the Spirit to create a new community with God and with each other.

On the same page, Snodgrass offers a one-sentence summary that deserves to be quoted in full: “God is for you, even if you are a worthless, amoral moron, and through Jesus He invites you to live with him to become who you should be. “There are four elements in this statement that we can make explicit: (1) We are sinners, broken and selfish, (2) God still cares about us, (3) Jesus came to save and change us, and (4) it does so through a transformative relationship.

As Snodgrass explains, faith is not about checking off doctrines on a mental list in hopes of entering heaven. Conversion is not a one-time purchase of a religious product, such as buying a new refrigerator or a new car. It is a lifelong surrender to God and a lifelong commitment to participate in the life of God. Snodgrass includes the Greek word pistis (which is usually rendered as “faith” in English Bible translations) as a relational word, which suggests living in solidarity with someone, participating in community together, and living a vital intertwining of lives.

Sometimes the discussion of Snodgrass is too simplistic. He does not bother, for example, to explain that pistis can mean many things depending on the context. But he is correct in asserting that for New Testament writers like Paul, the language of faith is inherently social and involves commitment, loyalty, friendship, and deep interpersonal engagement. If Christians get “faith” wrong, treating it as primarily cognitive and passive, they will fail to live the true gospel. They become mere consumers of the product of the gospel, not the shapers of the world that Messiah desires them to be.

Lest anyone think participation theology is a late voice in the conversation about Paul, Snodgrass notes how early second-century theologians (like Ignatius) tugged at this thread. The list includes names that many Christians will recognize, such as Augustine, Thomas Aquinas, and even Martin Luther (who is often associated with justification by faith). For example, Snodgrass quotes Luther saying that “a Christian does not live in himself, but in Christ and his neighbour. Otherwise, he is not a Christian.

In the middle chapters of the book, Snodgrass argues that participatory theology is found throughout the Bible. In the Old Testament, for example, it appears as God forming his own people (Israel). Jesus models him in his relationship with his disciples. Paul’s writings include many “in” statements (in Christ, in the Lord, in God, etc.). But the most obvious examples are drawn from the illustrations in the Gospel of John: think of the vine and the branches (15:1-10), the bread and the water of life (6:25-59; 4: 7‑14) and friendship with Christ (15:13-15). The bottom line, for Snodgrass, is that oneness with God is not a theological preference of a biblical writer, but the primary understanding of God’s saving work throughout the whole of Scripture.

In Chapter 10, Snodgrass observes that often the participation theology of the Bible is expressed in metaphors that attempt to capture a mysterious and ineffable concept using language and imagery familiar to our daily lives. Communing with God is sometimes equated with eating and drinking, the ingestion representing a fusion of substances: “Taste and see that the Lord is good” (Ps. 34:8), for example, or “I am the bread of life” (John 6:35). Another image is that of the dwelling in God or the dwelling of God in and with the believer (John 1:14; Heb. 3:6). Using many different terms and expressions, the biblical writers continually pointed to the same thing: salvation and the Good News as knowing God and being known by God, through and through.

I really liked to read You need a better gospel. I found myself nodding in agreement with Snodgrass again and again as I progressed through the book. I only have two minor criticisms. First, he used to use we Where we for the people he accuses of having bad theology and a bad gospel. We bought irrelevant gospel, he might say. Or we shouldn’t just preach about going to heaven. Or we need to learn the theology of participation.

I kept asking myself, Who is it exactly we ? Is it the American Evangelical Church? Is it a generational group, like baby boomers or Gen X? In some ways, Snodgrass casting a wide net has kept his argument clear and direct, but it also gives the impression of lumping all Christians into one theological category. And it made me wonder: would Kenyan Pentecostals identify with the Snodgrass indictments? Asian Methodists? What about Mexican immigrant Catholic churches in the United States? More concrete examples of the false gospel may have helped readers conceptualize who Snodgrass was talking about and to whom.

My second concern is related. At times, Snodgrass’ description of the problem with our current gospel seemed vague. It would have been well served, I think, to lay out the range of views on Paul’s theology at the beginning of the book, so that readers can compare them and better understand how the individualistic view of going to heaven became so widespread and dominant. Snodgrass briefly touches on some of these issues later in the book (in Chapter 8), but by then it seems too late.

Despite these concerns, Snodgrass offers a concise and impassioned plea for Christians to (re)discover a great and beautiful gospel that is relational, transformative, and relevant to life here and now. It bears repeating that the true gospel of Scripture proclaims, in the words of Snodgrass, that “God is for us and draws us into fellowship through Christ that we may live with God and be engaged in the purposes of God “. If you, or someone you know and love, needs better gospel, I urge you to listen to Snodgrass.