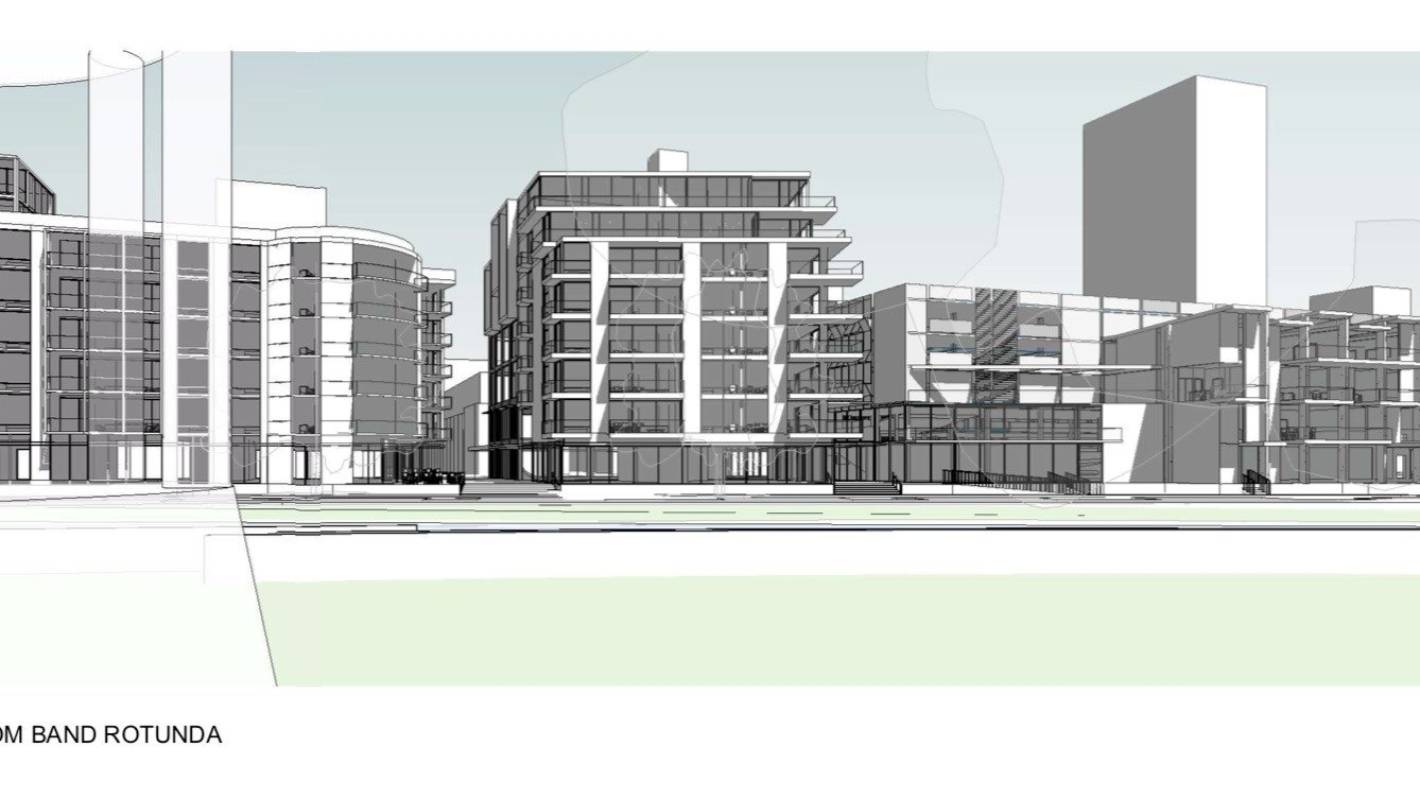 The new Catholic quarter will include a cathedral, multi-storey buildings and a 600-space car park

A view of the proposed new buildings from the north bank of the River Avon looking south towards Cathedral Square.

Three new multi-storey buildings and a driveway linking New Regent St to the River Avon are revealed in the first images of a proposed multi-million dollar Catholic neighborhood for central Christchurch.

The Catholic Diocese is seeking resource consent for the first phase of a major development that will eventually sit alongside a new cathedral.

However, plans for a new Catholic cathedral and a fourth building on the site are not yet publicly available and will be submitted separately for resource consent in approximately two months.

The new district will be on a city center block bounded by Colombo St, Armagh St, Manchester St and Oxford Tce on the banks of the River Avon.

It will include a new Catholic cathedral, a commercial building, a new 600-space car park, diocesan offices, apartments and commercial premises.

The Catholic Diocese’s chief executive, Simon Thompson, said there was no budget or completion date for the compound.

He said the first building, including a new parking lot, diocesan offices and accommodation for priests, would begin construction next year and take about two years.

In May, then-Archbishop Paul Martin said the compound would cost $100 million, including a new $40 million cathedral, and would be completed in five years.

Thompson said the budget and completion dates depended on how the project was funded. The diocese can sell parts of the enclosure as bare land, or develop them and then resell them.

“All options are still on the table and nothing has been finalized,” he said.

“Developing a neighborhood of this size represents a significant cost. We are still working on this cost.

“We have to hand over land or buildings to support the funding of this.”

He said the new neighborhood would open up the River Avon to the city and provide north-facing hospitality and commerce.

“It’s very exciting. It will be a fantastic addition to the city.

“That’s the vision, and then we’ll see how we make it work.”

The first phase of development covers the eastern end of the block. It comprises three buildings interspersed with three walkways leading from Armagh St to Oxford Tce and the River Avon. A lane is directly across New Regent Street and effectively extends the road to the River Avon.

Thompson said the aisle will include hospitality and retail.

A Catholic district as well as several new hotels are planned for the center of Christchurch. (Video first published in December 2019)

“We’ll have tourists wanting to go up there and extend New Regent St.”

The three buildings contain a mixture of offices, apartments and diocesan administrative spaces. A building will be used for Catholic social services.

“It’s a Catholic neighborhood so we want people to run into Catholicism as they walk through it.”

The second phase, at the western end of the block overlooking Victoria Sq, will include a commercial building and the new cathedral.

Christchurch firm Warren and Mahoney Architects and US firm Franck & Lohsen Architects were announced as the architects of the new cathedral in May.

Franck & Lohsen, who will lead the design work, specialize in traditionally designed Catholic architecture and have built churches around the world.

Thompson said he couldn’t comment on the new cathedral, but said it would take advantage of its riverside location.

“He’ll use the north aspect, especially with the river right there.”