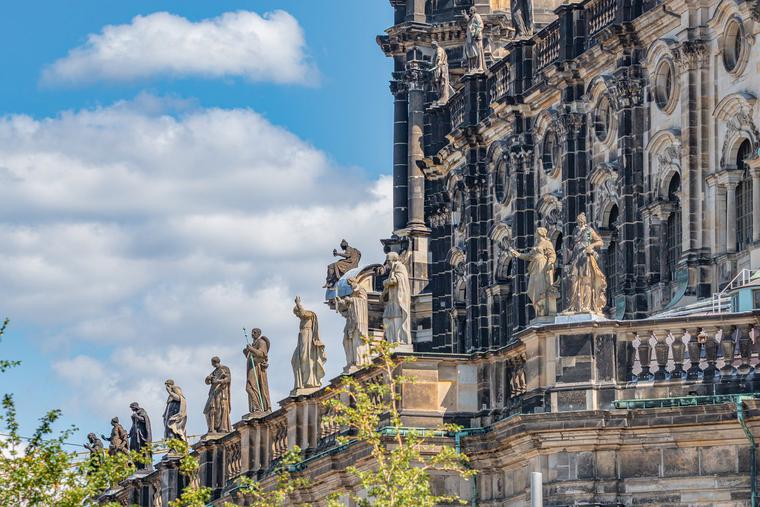 COMMENT: The Church we see blends the divine with the human, and the human beings there are really very human.

“Something as old, as large, as complex as the Catholic Church, and with its history, will always be compromised,” I wrote in an article about Dorothy Day’s understanding of the Church. . My anonymous hard-line Calvinist critic, the one who made the sarcastic remark about Lent I mentioned, didn’t like the retort. He quoted it in a tweet and then remarked “how apologists empower abusers and deceivers. imagine if a Protestant said that about not becoming a Roman Catholic.

“As a convert,” Day wrote in her diary, “I didn’t expect much from bishops.” She was 70 when she wrote this. She had been a Catholic for 40 years and had dealt with bishops for most of that time. (For a guide to reading Dorothy Day, read this.)

“Throughout history,” she continued, “popes, bishops, and abbots seem to have been blind, power-loving, and greedy. I did not expect leadership from them. This it’s the saints that keep appearing throughout history that keep things going. What I’m looking for is the bread of life, and through the ages there’s this continuity.

They say it too

I responded with a tweet pointing out that Protestants say this all the time. “They also say it about their own churches when pastors are bad. It is only one way of expressing the lesson of the wheat and the chaff. It doesn’t help anyone, no more than Jesus did. On the contrary, it is an incentive for reform. He did not answer. It’s a type of tweeter at a sarcastic remark.

The richer and more powerful they are, the more people will enter their hierarchies for worldly reasons, or sincerely enter the ministry and become worldly as they advance. The more people have invested in an institution, the more they will retain its reputation and be tempted to cover up the sins of its leaders. The scandal just revealed in the Southern Baptist Convention should forever kill the evangelical illusion that their bodies live more purely than the Catholic Church.

This is how human institutions function after the Fall. All Christians would like to believe that their religious body is special, that the effects of the Fall do not go as far as they do in other churches – and not as far as they do in the world outside from the church.

My groomsman at our wedding and his wife belonged to a small house church of about 20 people. When I became an Episcopalian, they chastised me for joining the “institutional church.” They pointed to the problems of the Episcopal Church as evidence of its corruption, claiming that their small church had no such problems.

It was obvious to me, however, that their church was an institution, protected to some extent by being so small and made up of self-selected members. They claimed to have no hierarchy, but they might as well have put a bishop’s miter on one man. They set limits for who could join and rules for members who wanted to stay. In other words, essentially a 20-person version of the “Institutional Church.” It was obvious to me, but not to them.

An incentive for reform

If what I say is true for everyone, it means everyone must be very, very vigilant precisely to avoid empowering abusers and deceivers. You know that the body of which you are a part will grow over time into a place where mean men can (most likely) thrive and mean men can (certainly will) let them thrive. Knowing this, you must do what you can to prevent this from happening.

Almost everyone who has been inside a religious institution, even a smaller, newer one, has seen this. For a host of reasons, which can be summed up in one word: people.

One obvious reason is that most religious people want to think well of everyone, especially their leaders. Everyone wants to think that old Pastor Jones really cares about the young, rather than being the creepy old man he seems to be. People are suppressing their inner alarm bells. “I mean, how could he be a predator? He is a pastor. Everyone loves him !”

Another obvious reason is that it’s hard and dangerous to be vigilant, because no one likes a whistleblower and abusers won’t go down without a fight, and they fight dirty. It is also harmful work. Exposing Pastor Jones hurts people. It can reduce their trust in the church and even threaten their faith. Insiders want to handle the situation to avoid public outrage, and they usually handle it very badly. Causing even more scandal.

Knowing that the Church will be bad is not an excuse for it to be bad or for us to let it be bad. This is a compelling reason to watch him as a hawk. My sarcastic Calvinist friend got it exactly backwards. (As he usually does – such is the danger of religious bigotry and easy snark.) But his corruption is no cause for despair.

“Of course the Church is corrupt!” Day wrote in his diary. “’But this corruption must put on incorruption’, says St. Paul, so I rejoice to have seen or read of renewals in my short life, and the excitement, the joy of this feeling of renewal. … I read the lives of the saints and knew that the renewal they brought – again and again, Saints Benedict, Saint Francis, Saint Dominic, Saint Vincent de Paul, Saint Isaac Jogues, etc., etc. , etc. – was not just a thing of the past, but continued, over and over again.

The problem is people, but people can be saints.