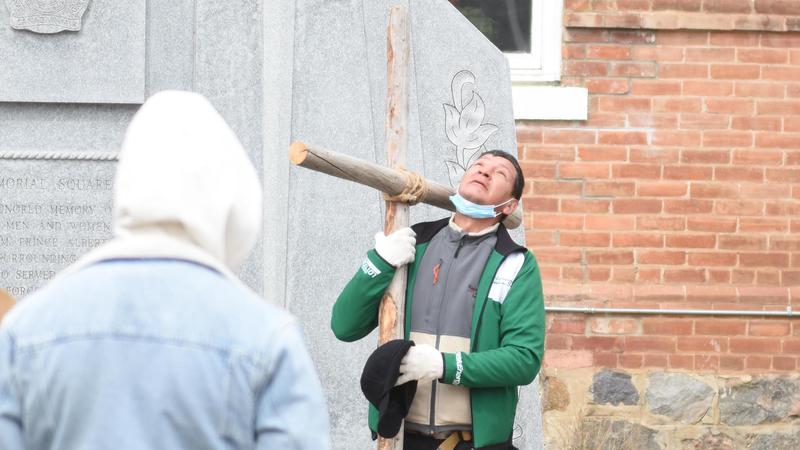 A prayer is performed after the outer Stations of the Cross. (Jeff D’Andrea/paNOW staff)

WAY OF THE CROSS

For the first time in three years, the Roman Catholic Diocese of Prince Albert finally held its annual tradition of honoring Good Friday with the outdoor Stations of the Cross through downtown.

A large crowd carried a large wooden cross, to signify the day Jesus Christ was crucified. They walked through the city’s downtown, reminding those that faith is not just about hope, but can also be about change.

“Remembering our faith is not just praying for change, but going out there and reflecting on it in our community,” said Christine Taylor, director of evangelism and catechesis for the Catholic diocese. Roman Prince Albert. “To reflect on how Christ continues to be present in the poor and most abandoned among us, and how we are called to reach out and think about this outside in downtown the city “,

Taylor said it was “absolutely awesome” to have the opportunity to reunite and host the event again. The group walked for about 90 minutes around town, starting and ending at City Hall.