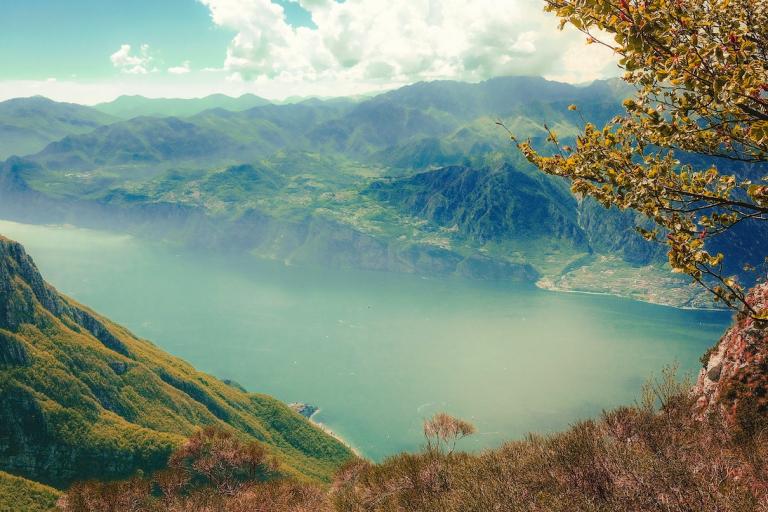 The spirituality of creation: another way of seeing Christianity

It was recently reported that there are now over 200 Christian denominations in the USA. Which seems like a lot, until you find out there’s an amazing Over 45,000 denominations worldwide. Yet, reading Matthew Fox’s new book, Essential Writings on Creation Spiritualityyou might come away with a different opinion: there are really only two.

Have you heard of the incendiary priest Matthew Fox?

A former Roman Catholic (now Episcopalian) priest, activist and outspoken academic, Fox’s first book was published in 1972. He has now written 37. If you know the music, you might think of Fox as the Neil Young of Christian spirituality—an eclectic and high-spirited free thinker, constantly exploring new themes, who over the decades has amassed an astonishing body of acclaimed work. Essential Writings on Creation Spirituality is the equivalent of his greatest hits.

Although a member of the Episcopal Church, Fox views Christianity from a non-denominational perspective. Although it refers to the teachings of the Bible and Jesus, it is not indebted to them. He believes that God’s teachings have long since transcended this now ancient book. It also simplifies Christianity and spirituality into two distinct strands:

The term Creation Spirituality was popularized by Fox. This includes the belief that God is present in all things, including you and me. Compare his ideas to what he calls fall/redemption spirituality and you will see two very different belief systems. Here are several comparisons offered by Fox, with his reflection on creation-centered spirituality in bold.

CC : The original blessing is the starting point

CC : God as Mother as much as Father

F/R: Control of passions, distrust of the body

F/R: Death is the wages of sin

CC : Death is a natural event, a prelude to rebirth

CC : A cosmic Christ who belongs to all

CC : For the many

What is the basis of the philosophy of creation spirituality?

Fox’s ideas originated in the very first book of the Bible, Genesis. The author points out that Genesis 1 is about “the goodness of creation.” God creates the sun and the moon, followed by the sky, the earth, the oceans and the creatures that inhabit it. But for centuries, many Christians have jumped straight to Genesis 2. who changes the focus from the creation of the universe to the creation of man and woman—and original sin. Fox writes:

In religion we have operated on the model that humanity, and sinful humanity in particular, is the center of the spiritual universe. It’s not so. The universe itself, blessed and graced, is the right starting point for spirituality.

The Earth itself is where all life begins and should be the starting point of our spiritual pursuits. Fox believes that “preoccupation with human sin” has caused us to lose sight of and appreciate Mother Earth and divine grace. He wants us to return to the beginning of our common human history and “find the divine in nature and in the creativity of humanity.”

Fox’s thought is strongly influenced by Christian mystics who “go to the edge of consciousness and invite us to accompany them there”. During a conversation with Fox, he quoted a line from Meister Eckhart: “Every creature is a word of God and a book about God.” In practice, this means see God in all things. When we trust that God is present at all times, in us and around us, in all people and all creatures, our belief shows us the way. Again, quoting Eckhart:

You can never trust God too much. Why do some people not bear fruit? It is because they do not trust either God or themselves.

The female mystic Julian of Norwich reinforces this thought, in this passage on the importance of faith: “Trust that we are in God and that the God whom we do not see is with us…to contemplate God in all things is to live in complete joy. Julian, who lived between 1342 and 1429, also believed that “just as God is truly our Father, so is God truly our Mother.” He is not a God who judges and punishes people, but a God of compassion who offers us “goodness and joy”.

Fox teaches us that Julian saw the world as abundant and overflowing with goodness. He advises us to “break out of our lock with the human condition” and “open our eyes and hearts to the abundant goodness found in nature.” Julien identifies God with goodness itself and declares:

God is all that is good. God created everything that is made. God loves everything he has created. And so he who, loving God, loves all that is. Everyone on the spiritual path contains all of creation, and the Creator.

Looking at creation spirituality as a whole, Fox sees it “as an incredible gathering place, a sort of watering hole for people whose passion has been touched by the issues of our time – environmentalists, Indigenous peoples, activists justice, feminists, male liberationists, gay and lesbian people, animal liberationists. They all find in the Creation Spirituality movement a common language and common ground to stand on.”