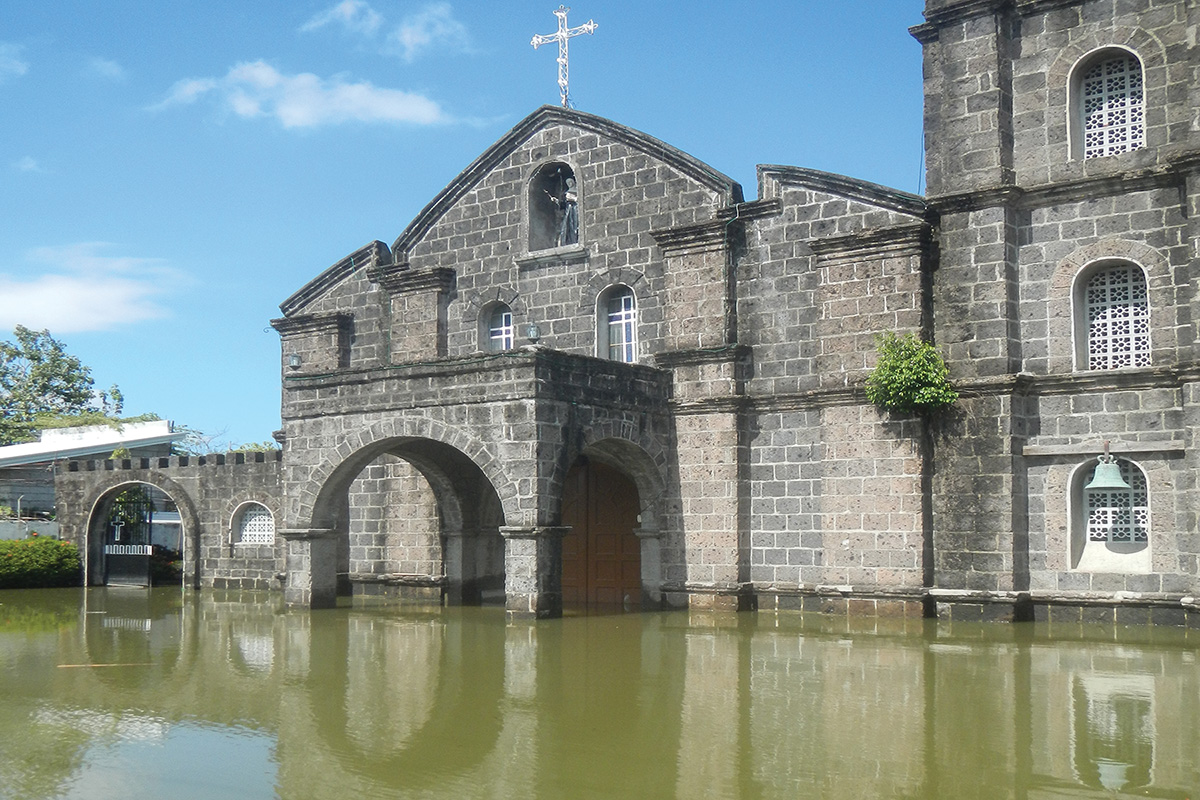 The threat of climate change to Christianity

Saint Monica Chapel in Hagonoy, Philippines, during a flood in October 2020. (Photo by Judgefloro. Used via Creative Commons License)

In 2015, Pope Francis published the historic encyclical Laudato si ‘, a powerful warning against environmental threats of all kinds. The document highlights global warming as “one of the main challenges facing humanity today”. Such a statement becomes more evident with each passing day, as do the global implications for all people and races. What we may miss is how central this threat is to the Christian future in particular, at a time when Christianity has become largely a religion of the tropics.

By the middle of the century, warmer temperatures will mean sea level rise and the expansion of deserts, as well as reduced food and drinking water supplies. As the sea rises, fresh water becomes salty, and larger and larger areas of the world are under water stress. Even projecting a temperature increase of 1.5 degrees Celsius (which is optimistic) would double the frequency of extreme El NiÃ±Ìƒo events. Changes in rainy seasons worsen the effects of higher temperatures on agricultural productivity, which would be further threatened by extreme and unpredictable weather conditions. Faced with the loss of fertile land, we wearily get used to the technical language of aridization and its most extreme form, desertification.

In terms of direct effects on human populations, warming will have its greatest impact on the tropics, the densely populated areas between latitudes of about 23 degrees north of the equator and 23 degrees south. This region includes most of Africa and Southeast Asia and much of India and Latin America. Within a few decades, 1 to 3 billion people in the tropics will find themselves in conditions too hot for comfortable survival. They will be outside the ecological niche in which most humans have survived for the past millennia.

Word tropical will become more and more familiar in our vocabulary of world issues. Currently, the word is commonly associated with dreams of exotic tourism; it is used to sell clothes and drinks. But used according to strict geographic criteria, the term is invaluable in delimiting the harshest effects of the climate crisis. When policymakers foresee the future prospects of particular nations in any context, they must begin with a basic geographic question: what is its latitude? They must carefully distinguish between temperate zones, those zones between the tropics and polar circles, and the tropics. Temperate countries are by no means immune to climatic disasters, but they are not as threatened as tropical nations.

This geographical outline is also a fundamental religious reality. When we look for regions with the most flourishing numbers of Christians and the most explosive growth, we look at tropical lands. Nigeria, for example, is located between 4 and 14 degrees north of the equator. Uganda lies between the equator and 5 degrees to the north; the Philippines is between 5 and 20 degrees North; Brazil stretches from the equator 30 degrees to the south. Roman Catholics are increasingly concentrated in the tropics, in countries like Brazil and the Philippines and, above all, in black African countries like Uganda, Tanzania and the Democratic Republic of the Congo. Christianity remains a global faith, but its heart will be found more and more in these threatened tropics, in these latitudes of faith.

Apart from environmental threats to health and well-being, these tropical believers also face acute political dangers. As we know from multiple historical precedents, economic crises and resource conflicts often result in the designation of scapegoats by rival ethnic or religious groups, if not by states, at least by mobs and militias. . The tropical regions most at risk of losing most directly from global warming include the world’s most fragile states, those with high potential for state collapse or failure and community conflict. In demographic terms, states in these regions also have by far the youngest and fastest growing populations, with the characteristic â€œyouth bulgesâ€ that so often portend political unrest.

Such a link between environmental catastrophe and religious struggle is not purely hypothetical either. Researchers have shown a strong correlation between the severe events of El NiÃ±Ìƒo and the outbreaks of revolution and civil war in tropical countries around the world. Between the 1970s and 1990s, major El NiÃ±Ìƒo events had disastrous impacts on Central America, Central Africa and Southeast Asia. In each case, the resulting struggles resulted in massive migration and refugee movements. Other events also had an impact. The cataclysmic civil war that has wrecked Syria over the past decade is incomprehensible, except in the context of the historic drought that struck the Levant at the turn of this century. This drought has pushed large numbers of people into the cities and dramatically increased tensions between different communities and religious groups.

Now imagine these trends, frequent and magnified, like the near future of tropical lands. It will probably be the religious future of the world – the Christian future – as well as its environmental destiny.

A version of this article appears in the print edition under the title “Trouble in the tropics”.