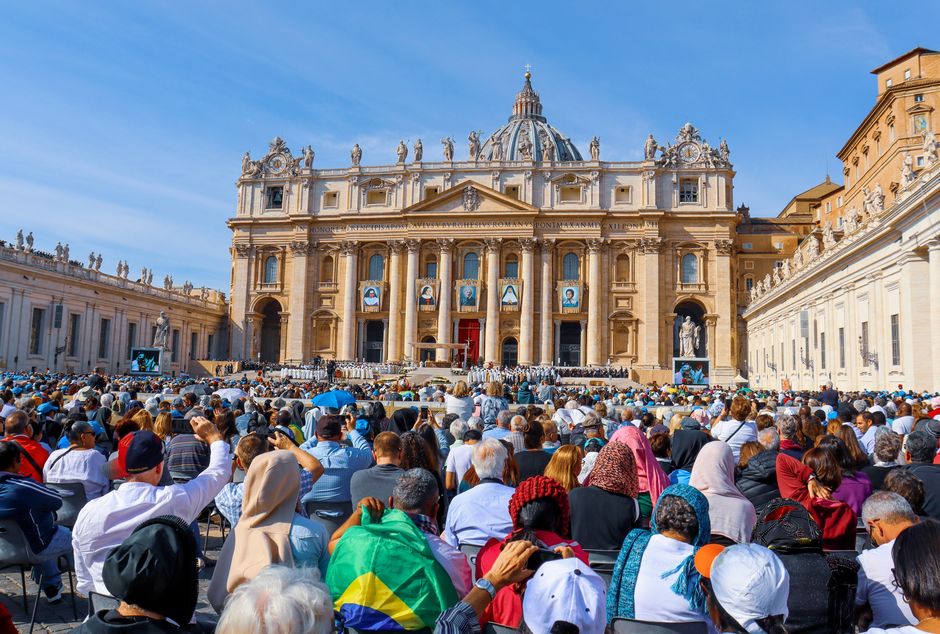 It has rightly been called the “political manifesto” of Pope Francis’ pontificate. In fact, there is a lot of politics and a lot of sociology in the new encyclical “All brothers”, a very long document (130 pages) which looks more like a book than a letter.

Francis wants to plead the cause of universal brotherhood and social friendship. To do this, he talks about borders to break down, waste to avoid, human rights that are not universal enough, unfair globalization, burdensome pandemics, migrants to welcome, open societies, solidarity, peoples, local and global exchanges, the limits of the liberal political vision, global governance, political love, recognition of the other, the injustice of all war, the abolition of the death penalty .

So many interesting “political” themes which, had it not been for a few comments on the parable of the Good Samaritan which punctuate the chapters, could have been written by a group of sociologists and humanitarians from some international organization, perhaps after reading, for example. example, Edgar Morin and Zygmunt Bauman.

These are the themes that Pope Francis has disseminated in numerous speeches and in his other encyclical, “Laudato si'” (2015), on the care of the environment. Unsurprisingly, he himself is by far the most cited author in the book (about 180 times), which highlights the circular tendency of his thought (need to reinforce oneself) and the “newness” of his teaching in relation to the traditional themes of the social doctrine of the Roman Catholic Church.

The vision offered by ‘All Brothers’ is the way Rome sees globalization through the eyes of a Jesuit and South American pope. It is only in the eighth (last) chapter of the encyclical that the pope addresses the theme of brotherhood with religions, and here the document becomes more “theological”.

This section can be seen as an interpretation of the “Document on Human Fraternity for World Peace and Living Together” that Francis himself signed in Abu Dhabi with the Grand Imam of Al-Azhar Ahmad Al-Tayyeb in 2019.

More than a simple reflection, this section is a jumble of quotations (better: self-quotations) which, by dint of cross-checking plans and juxtaposing issues, end up confusing rather than enlightening.

Despite this, its basic message is sufficiently clear: we are all brothers as children of the same God. This is the theological truth of Pope Francis. The best commentary on this aspect of the encyclical comes from Judge Mohamed Mahmoud Abdel Salam, who spoke at the official presentation at the Vatican.

Here is what he said: “As a young Muslim scholar of Sharia (law), Islam and its sciences, I find myself – with great love and enthusiasm – in agreement with the Pope , and I share every word he wrote in the encyclical. I follow, with satisfaction and hope, all his proposals put forward in a spirit of concern for the rebirth of human brotherhood”.

If a convinced and sincere Muslim shares “every word” of the pope, it means that the scripture is deistic, at best theistic, but not in conformity with biblical and trinitarian Christianity.

When “All Brothers” talks about God, it does so in broad terms that may fit the God stories of Muslims, Hindus, and other religions.as well as the Masonic reference to the Watchmaker.

To further confirm this, “All Brothers” ends with a “Prayer to the Creator” that could be used in both a mosque and a Masonic temple. After removing the “stumbling block” of Jesus Christ, each can turn to unspecified Divinity to experience what it means to be “brethren” – brothers in a Divinity made in the image and likeness of humanity, and not brothers and sisters on the basis of the work of Jesus Christ who died and rose again for sinners.

“All Brothers” genetically altered the biblically understood meaning of brotherhood by transferring it to common humanity. In doing so, he lost the biblical boundaries of the word and replaced them with pan-religious features and content. Is it a service to the gospel of Jesus Christ?

Many people, the vast majority of people, will not read Pope Francis’ long encyclical “All Brothers”. They will only hear a few phrases or lines repeated here and there as slogans.

However, what everyone will remember lies in the effective opening of the document: “All brothers” – we are all brothers (and sisters). It is a very powerful universalist and inclusive message that communicates the idea that the dividing lines between believers and non-believers, atheists and agnostics,

Muslims and Christians, Evangelicals and Catholics, are all so fluid and relative that they do not undermine the bonds of brotherhood they all share. The French Revolution had already launched “fraternity” as a secular membership in human citizenship (along with “liberty” and “equality”), but now the pope defines it in a theological sense.

We are “brothers” not because we are citizens, but as children of the same God. According to Pope Francis, we are all children of God, therefore brothers and sisters among us.

In “All Brothers” there is the understandable anxiety aimed at dissolving conflicts, overcoming injustices and stopping wars. This concern is commendable, even if the analyzes and proposals are political, and therefore legitimately debatable.

What is problematic is the theological key chosen to overcome the divisions: the declaration of human brotherhood in the name of the divine sonship of all humanity. The pope uses a theological category (all brothers as all children of God) to create the conditions for a better world.

What are the theological implications of such a statement? Here are a few. First of all, “All Brothers” poses a soteriological question. If we are all brothers as we are all children of God, does that mean that all will be saved?

The whole encyclical is imbued with a powerful universalist inspiration which also includes atheists (n. 281). Religions writ large are always presented in a positive sense (nn. 277-279) and there is no mention of a biblical critique of religions or the need for repentance and faith in Jesus Christ as the key to receive salvation. Everything in the encyclical suggests that all, as brothers and sisters, will be saved.

Then there is a Christological problem. Even though Jesus Christ is mentioned here and there, his exclusive and “offensive” claims are glossed over. Francis wisely presents Jesus Christ not as the “cornerstone” on which the whole edifice of life rests or crumbles, but as the only stone for those who recognize him.

Above Jesus Christ, according to the encyclical, there is a “God” who is the father of all. We are children of this “God” even without recognizing Jesus Christ as Lord and Saviour.

Jesus is thus reduced to the rank of the sole champion of Christians, while the other “brethren” are always the children of the same “God”, regardless of faith in Jesus Christ.

Third, there is an ecclesiological question. If we are all “brothers”, there is a sense in which we are all part of the same Church which brings together brothers and sisters. The frontiers between humanity and the Church are so non-existent that the two communities coincide.

Humanity is the church and the church is humanity. This is in accordance with the sacramental vision of the Roman Catholic Church which, according to Vatican II, is understood as “a sign and instrument of the unity of the whole human race” (Lumen Gentium, n. 1).

The theological cost of “All Brothers” is enormous. The message he sends is biblically devastating.

Public opinion inside and outside the Roman Catholic Church will see the consolidation of the idea that God ultimately saves everyone, that Jesus Christ is one among many, and that the Church includes all on the basis of a common and shared humanity, not on the basis of repentance and faith in Jesus Christ. It is not the Gospel of Jesus Christ.

The tragic irony of this pope is that if, on the one hand, he presents himself as the herald of the relaunch of the “mission” and of the “going-out church” (“Evangelii Gaudium”, 2013), of on the other hand, it is the pope who, with his Jesuit ambiguity and now with his Roman Catholic universalism, has made genuine Christian mission more complicated than it was.

He uses the words “mission”, “proclamation” and “missionary church”, but he has emptied them of their evangelical meaning, removing their biblical reference and filling them with empty and harmless content.

“All Brothers” shows that the mission that Pope Francis has in mind is not the preaching of the Gospel in word and deed, but the extension to all of a message of universal brotherhood.

After the Council of Trent (1545-63) and until Vatican II (1962-1965), Roman Catholicism drew closer to “others” (whether Protestants, other religions or different cultural and social movements ) through its “Roman” claims. and called them to return to the fold.

The “brethren” were only Roman Catholics in communion with the Roman Pope. The rest were “pagans”, “heretics” and “schismatics”: excluded from sacramental grace, which is only accessible through the hierarchical system of the Roman Catholic Church.

With Vatican II, it was the “catholicity” of Rome that prevailed over its “Roman” focus. Protestants became ‘separated brethren’, other religions were viewed positively, people in general were approached as ‘anonymous Christians’.

Now, according to Francis’s encyclical, we are “all brothers”. The expansion of Catholicism stretched further. From being excluded from the “Roman” side of Rome, we are now all included by the “Catholic” side of Rome.

Leonardo De Chirico is an evangelical pastor in Rome (Italy). He is a theologian and expert in Roman Catholicism