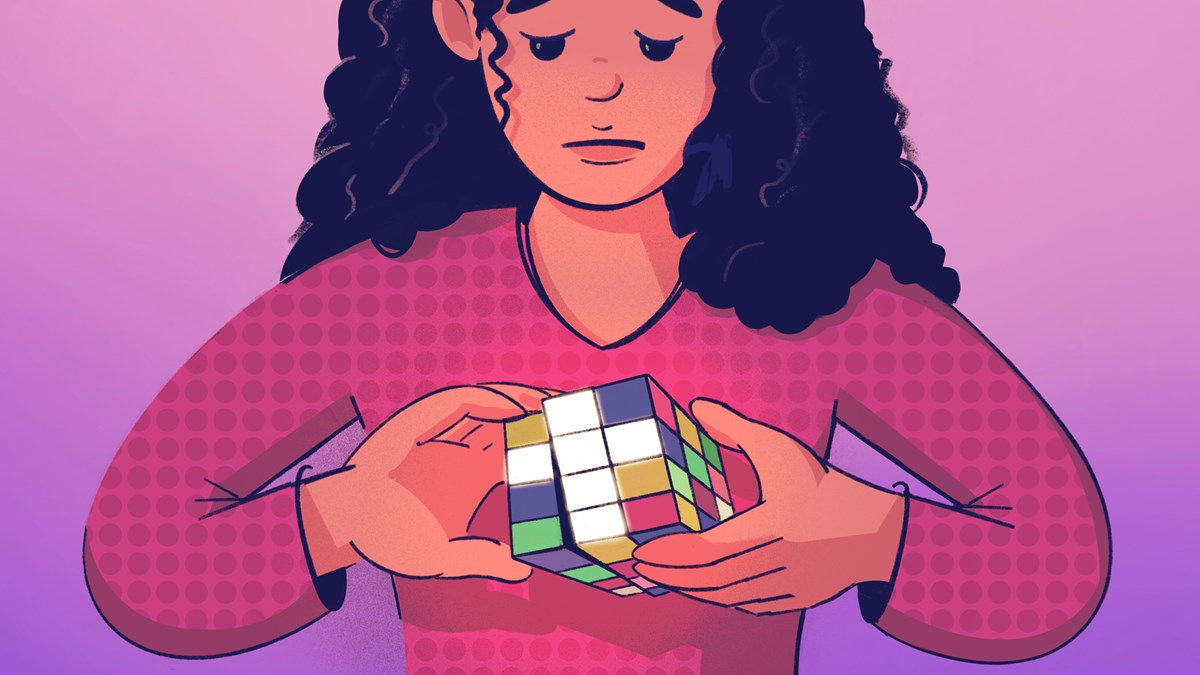 NOTLong ago, I asked Tim Keller to lecture in a college class I teach, in which almost all of the students come from secular backgrounds. Most have no contact with evangelical Christianity other than what they saw in the news. After repeating some of the reputational damage evangelism has suffered, especially in the post-2016 cultural environment, one student asked, â€œWhy not just get rid of the word? evangelical and you call something else?

Keller said: “Because most of us are in Africa, Asia and Latin America and love the word evangelical It’s okay. North Americans do not have the right to choose what we call ourselves. I wondered if being called out for some sort of â€œAmerica Firstâ€ colonialism would confuse these students, but instead I saw nods and expressions that seemed to say, â€œEnough. good “. What I saw as the most important in this exchange was not the pros and cons of the word evangelical but the subtle and penetrating use of the word we.

I thought about this exchange while reading Fighting against evangelism: why I want to leave and what it takes to stay, a new book by Dan Stringer, a pastor of the Evangelical Alliance Church and a minister at the InterVarsity Campus at the University of Hawaii. Stringer approaches the subject with many ties to American para-church evangelism (he graduated from Wheaton College and Fuller Seminary, for example). His publisher biography describes him as “a child of the third culture” who grew up “in five countries on three continents”, while the cover of the book speaks of a “longtime evangelical who happens to be an Asian millennial. / biracial white “.

The book begins with Stringer establishing his gospel good faith, but not in the sense of Paul’s self-representation “of the tribe of Benjamin, a Hebrew of Hebrews” in Philippians 3: 5. Rather, Stringer specifies that he is not an evangelist who turns his back on the movement. Unlike those who were rocked by, say, the 2016 election or the sexual abuse scandals, Stringer admits to having been in conflict with evangelism from the start.

As someone who has come to evangelize a United Church of Christ while living outside of a North American context, Stringer notes that in some ways it was never a natural choice. And yet, despite this, or perhaps because of it, he quickly immersed himself in evangelical culture, McGee and me! cassettes on DC Talk and Audio Adrenaline albums.

Stinger refers to evangelicalism as his mother, describing her resemblance to the newborn in PD Eastman’s book Are you my mother? â€œNot only was I looking for evangelism,â€ he writes, â€œbut I was looking for myself. This research continues, with an ambivalence that combines love for the movement with distress over what important parts of it (at least in the United States) have become.

Readers should not expect a treatise intended for those who are tempted to walk away from Jesus or advice on how to continue loving Jesus while leaving church. Instead, this book primarily addresses the kinds of questions my non-Christian students were asking, questions touching on the confusion increasingly felt by evangelical Christian students (and their parents) across the country. Why would anyone adopt a designation that can describe both John Perkins and Paula White, both Jim Wallis and Robert Jeffress, both Kenneth Copeland and Shane Claiborne, both TBN and TGC?

Stringer’s argument here is unique and compelling. He does not seek to wage a “war for the soul of evangelism”, seeing some as winners and exiling others. Nor does he seek to assert that â€œrealâ€ evangelicals are better than the hucksters and heretics who get so much media attention. Instead, Stringer argues that dropping the word evangelical amounts to a disclaimer. This is because he understands evangelism as a kind of “common space”.

â€œOnce we re-imagine evangelismâ€ in this way, he writes, â€œwe begin to notice the impact of its well-being on the residents. He compares the evangelical space to a neighborhood with rising crime rates or a water supply system contaminated with poison, arguing that we cannot dismiss accusations of corruption by referring to an idealized version of us. themselves. To refuse the evangelical label, he argues, is to refuse to “own our baggage.”

Stringer defines evangelical space doctrinal (through markers like Bebbington’s Quadrangle) and sociological (referring to Kristin Du Mez’s writings on white evangelism as primarily cultural). But its definition also encompasses aspects that are apparently so innocuous that we often miss it (knowing what a â€œprotective hedgeâ€ is, for example). While it is true that evangelicalism often assumes a cultural identity rather than a theological identity, it is questionable whether this “divide” – especially by sociologists and historians – is quite correct. After all, even when a shared theology is practically absent (few discuss justification by faith while waiting to be baptized by Benny Hinn at the Jordan stop on the Holy Land tour), at least some continuity theological is assumed.

Stringer is right that we evangelicals are responsible, at least to some extent, for the confused state of speech. After all, we have long intended to define it as broadly as possible for a variety of strategic reasons. Sometimes the goal is to maintain cultural influence. The branding of the â€œmoral majorityâ€ of the religious right sought to portray the â€œreal Americaâ€ as an America of born again believers and fellow travelers voting for values, implying as well as â€œsecular humanismâ€ of the nation was the result of a tiny minority of coastal elites. frustrating the will of the people.

At other times, the goal is to advance our evangelical witness by showing that following Christ can be counter-cultural but not crazy. We can adopt our image of â€œJesus Freakâ€ outsiders, but we also like to point fingers at business leaders, Hollywood actors and politicians who claim to be part of our movement. (In some ways this mentality – â€œLook how many of us there are!â€ – is reminiscent of the practice of some evangelistic crusades of â€œpriming the pump.â€ Before, in the hope of convincing the hesitant that he was. prudent to join us.)

Confused understandings of evangelism also encourage us to refer to a large number of fellow evangelicals around the world, but without asking how much commonality there really is between an Anglican in Sydney and a Pentecostal Prosperity Evangelist in Quito. We can hardly maintain this kind of â€œopen bordersâ€ approach to evangelism as a way to demonstrate our greatness while protesting when people continue to equate us with those we consider strangers to Zion.

While Stringer is insightful in discussing the present baggage of evangelism, he is less clear on how, precisely, we should possess it. Suppose we recognize the harm caused by toxic forms of evangelism, so what? The Roman Catholic Church could, if it wanted, excommunicate the bishops and priests who have defiled the name of the Church. But the evangelical movement cannot do that – unless by “excommunicate” we mean exerting our energies in the public relations and media arenas to deny the evangelical label to those who use it in a way that we do. think harmful.

However we presume to set these limits, what makes us think that the losers would willingly hold themselves accountable for whatever is dictated by the winners? This would take us straight back to the path Stringer rightly dismisses as unproductive: spreading the word evangelical to avoid being tainted with a compromised brand – or, worse yet, to abandon and cover up those who wish to use the gospel as a vehicle for political mobilization, financial swindle, or ethno-nationalist populism.

Further, Stringer convincingly argues that withdrawing from evangelism is in itself an aspect of mainstream culture privilege. After all, he notes, when Muslims and Mormons are faced with scandals or stereotypes, they can’t just change their names to increase their favor ratings. He rightly observes that a refusal to be called “evangelical” can easily fall back into the fundamentalist assumption that only we are true Christians. And from there, it is only a short step to removing any border between being a Christian and being â€œone of usâ€.

Stand up and stay

â€œMake no mistake: there is a big mess to clean up in American evangelism,â€ Stringer writes, â€œbut that starts with admitting that we live here. As he explains, this means being aware of both the strengths of our evangelical heritage (which he appreciates without resorting to public relations tricks) and of our sins (which he describes without going into cynicism. ). And while declining the exvangelical option himself, he models compassion and empathy for leavers.

While most of Stringer’s suggestions for renewal are compelling, a couple seem better suited to The United Church of Christ than evangelism. This includes changing the lyrics to â€œHark! The Herald Angels Sing â€to be more gender inclusive. We have many examples of evangelical men abusing and ignoring women; focusing on Charles Wesley sounds like a case of misplaced priorities.

I also wonder if Stringer expects too much from evangelism, which is ultimately a generic descriptor, not a covenant body. After all, the church, not evangelicalism, is our mother. Maybe evangelism can be a very good teacher at best, sending us back to Mother in the afternoon but never trying to replace her.

That said, Stringer’s book offers a hopeful load of evangelicals (whatever their name) to stand and stay, to cultivate the evangelical shared space and to leave it better than we have found it. . At that, I find myself, like my students, nodding my head and saying, â€œGood enough. “

Do you have something to add on this subject? See something we missed? Share your comments here.

With a new year beginning for the Catholic Church, does the movement on the road to renewal go hand in hand?

Bishop Brennan to be installed as Bishop of Brooklyn at St. Joseph’s Co-Cathedral