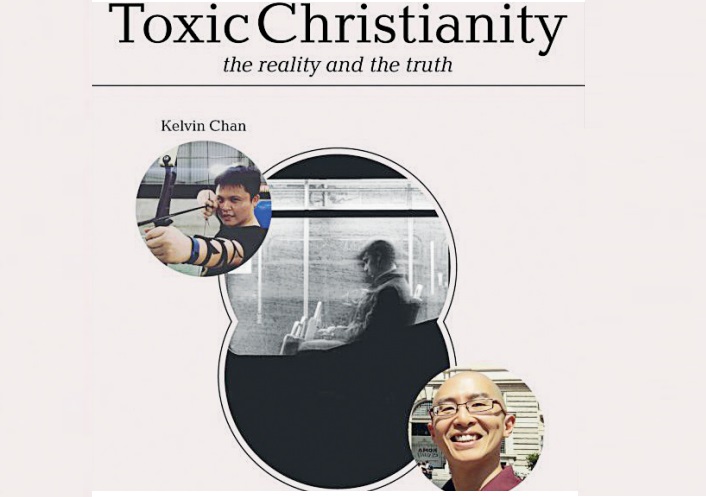 Toxic Christianity – a taboo subject that is not openly discussed. The combination of toxic and Christianity kind of makes it seem like they don’t go together but it does exist.

KUCHING: Toxic Christianity – a taboo subject that is not openly discussed. The combination of the toxic and Christianity somehow makes it seem like they don’t go together but it does exist. We have heard many comments or opinions about Christianity being toxic, which has led some people to quit the Church or the faith.

On September 3, EMPOWERED had a live Instagram session with Father Stanley Goh, SJ on this topic.

The session was very engaging and touched on various areas both within the community and issues raised in the media and affecting young people in the community. The discussion took place with the understanding of an open heart and viewers asked many questions to better understand their experience with toxic Christianity. Father Stanley was very open and answered the questions asked.

The session focused largely on the problems encountered within the community of the Catholic Church, especially among youth and young adults. Lately, it seems that more and more people have left the Church, and the COVID-19 pandemic has created yet another dilemma for people – to remain faithful and stay in the Church, or to leave.

Why some young people leave the Church
According to a survey of the local community, as well as a few friends abroad, the responses have been rather astonishing. Among the reasons given were the fact that they were facing unpleasant experiences in the Church or in the community, and hypocrisy.

For example, some have suggested that Church leaders practice what they preach. When they notice that a church leader is making a mistake or behaving inappropriately, they feel justified in thinking that the church is no longer a good place. And so they choose to leave the Church, having concluded that there is no difference between the Church and the secular.

Another interesting point raised was the idea that church leaders can be inattentive to members when they need guidance or a listening ear. For example, when seeking advice, members only received responses such as “I will pray for you” or “What would Jesus do? Some were given a Bible verse to think about, which they appreciated, but felt they had not invested the time to listen to them.

Don’t church leaders invest time in membership? Are they too busy with Church administration or “more important things” as the welfare of Church members is neglected? Are there areas that need to be improved or repaired?

Additionally, members sometimes feel judged by church leaders and other members. For fear of feeling judged, they choose to leave the Church. It is not uncommon to hear the expression “the Church is so critical”.

Other areas raised included cases of sexual harassment among priests, bishops or cardinals and questions were asked about what the Vatican is doing about it. Information regarding such issues often appears in the media, which has raised questions such as “Why are Church authorities or the Pope not taking action? Are they closing their eyes or sweeping these things under the rug? Unfortunately, some of these cases have not been treated properly in the past, which may have caused emotional trauma for the victims.

Other areas briefly touched upon included LGBTQ, secularism, and WOKE culture in the media that have influenced young people in the community.

“The world is crying, God is whispering.

The heart speaks to the heart
Father Stanley shared various ideas on the issues raised and emphasized the need to speak with God, quoting St John Henry Newman, of speaking heart to heart. God pierces right through to the heart, and we have to nurture our relationship with God in a very noisy world that screams at us and tells us what to do. We can try to connect with God in any way that works best for us, whether through music, meditation, or nature, and listen to our hearts in order to better deal with the challenges of the world. The world is screaming, God is whispering.