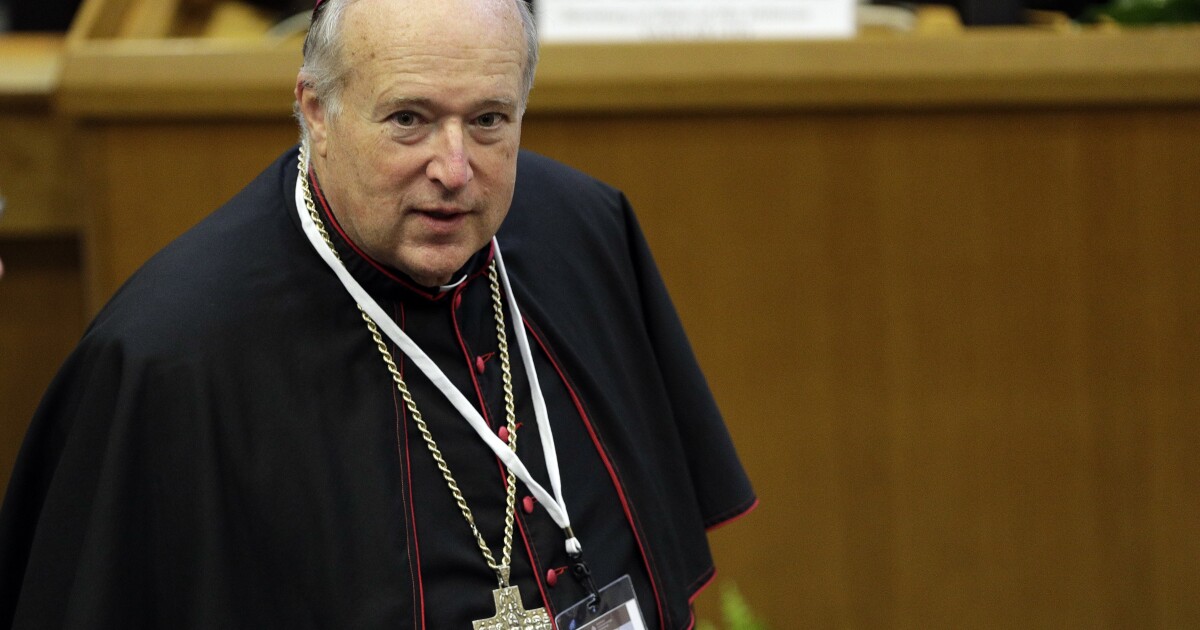 Pope Francis’ decision to elevate two San Diego bishops to new leadership positions has some local Catholics saying the region is now “on the map” with the Vatican.

On May 29, Bishop Robert McElroy was made a cardinal, part of an exclusive group that has a say in the future of the faith of more than 1.3 billion Roman Catholics around the world.

McElroy said he never imagined this unique date. At a press conference shortly after the announcement, he said he had “not the foggiest idea that was being considered or even possible.”

This came as a surprise not only to him but also to many San Diego residents.

“We announced it in church at all masses. Everyone rejoiced and clapped, so it was fantastic. It was good news,” said pastor Peter Navarra of St. -Joseph from downtown San Diego.

Navarra said for those who understand the church hierarchy, this selection is very off the charts.

“(Pope Francis) broke the format… the tradition (by) choosing Bishop McElroy, who is not an archbishop. He is the bishop of San Diego,” he said. “And that made it more special because San Diego is now on the map with the Vatican.”

McElroy was chosen from among the more conservative archbishops of major cities. A few weeks after this selection, Pope Francis again turned to San Diego to raise another church leader. Auxiliary Bishop John Dolan will leave San Diego in August to take charge of the Diocese of Phoenix, replacing an outgoing bishop known to be conservative.

“These are exciting and unpredictable wild days for San Diego,” said Michael Lovett-Colyer, mission integration manager at the University of San Diego. He said the fact that two like-minded leaders were placed in high-ranking positions in the church had significant implications, but said change started with Pope Francis.

Just days before being named bishop of Phoenix, Dolan said he was happy with McElroy’s selection as cardinal.

“(I’m) not surprised but delighted to know that this really couldn’t happen to a better person,” Dolan said.

He also responded to some of the criticism from hardliners of McElroy’s more liberal stances, such as his refusal to deny Communion to politicians who support abortion rights. Dolan said just like Pope Francis, McElroy will lead with his heart.

“It’s not that he’s trying to be conservative or liberal,” Dolan said. “He really tries to focus on being…a person who communicates all the time without drawing a line in the sand because that never really helps.”

Dolan said leading in this way does not mean church teachings are ignored or not followed. Instead, he said, people are treated with compassion and helped on their journey, rather than being shunned or viewed as outcasts.

Dolan also noted that McElroy’s pastoral sensibilities and heart go hand in hand with his intelligence and that McElroy has degrees from Harvard and Stanford to prove it.

Church insiders and McElroy say part of the reason he was selected was because of his work on three issues close to Pope Francis’ heart: immigration, inclusion and the environment. .

Dolan said McElroy would be the only cardinal on the West Coast and in a border town.

Across the border in Tijuana, Father Patrick Murphy of migrant shelter Casa Del Migrante agrees. Murphy has worked with McElroy on migrant issues and has said in meetings that the cardinal-designate “was very open and really wanted to listen.”

“I think he realizes he needs to listen to learn before he can talk about a topic,” he said.

Women have long been on the periphery of leadership in the Roman Catholic Church, but McElroy has brought about changes in San Diego, including appointing Maria Olivia Galvan as the first female chancellor and director of pastoral ministries in the diocese.

“To have a bishop (elevated to the rank of cardinal) in our diocese for the very first time – it is a historic moment and it is an occasion of momentous joy, not just for our diocese… It is a huge statement,” Galvan said.

She said more women are being appointed to leadership positions, “but this is far from a reality in all dioceses and archdioceses.”

“And so to see that and have that vision, he’s a visionary,” Galvan said.

The environment is another topic of great concern to the pope, and McElroy has worked on this issue for Pope Francis. McElroy has also exposed climate change deniers and worked in the Amazon; something unique for a bishop in the church.

“It’s great to have a voice for San Diego in this position,” said Mitch Silverstein of the Surfrider Foundation. He said people of all faiths and beliefs are welcome in the effort to protect the environment, and that it is important to have allies in leadership positions.

“Having people in leadership positions in the Catholic faith in all faiths and all sectors of our society who are environmentalists,” he said. “I think it’s just crucial for us all to come together to save our planet.”

More than a third of the residents of San Diegan are Roman Catholic. That includes San Diego City Council member Raul Campillo, who represents District 7, which stretches from Lake Murray to Linda Vista – home to SHU, a Catholic university. He said this selection was meaningful to him and to the people he represents.

“It speaks volumes about the message of Pope Francis from the very beginning of his papacy…who cares for the vulnerable and finds the people who have been cast out of the church and brings them back to the center and back to the heart,” said Campillo.

Ultimately, said SHU’s Lovette-Colyer, this kind of pastoral leadership will help usher in a new generation that hasn’t seen themselves or their friends accepted into the church.

“People in these roles who operate in this way, who have these qualities, are often seen – especially by young people – as incredibly relevant, incredible and authentic witnesses,” he said. “And therefore they are very effective in bringing attention to the church in a new way or maybe even getting involved in a deeper way.”

McElroy will travel to Rome in August where he will be installed by Pope Francis. Then he will return to San Diego to continue his work, with the new title of Cardinal.