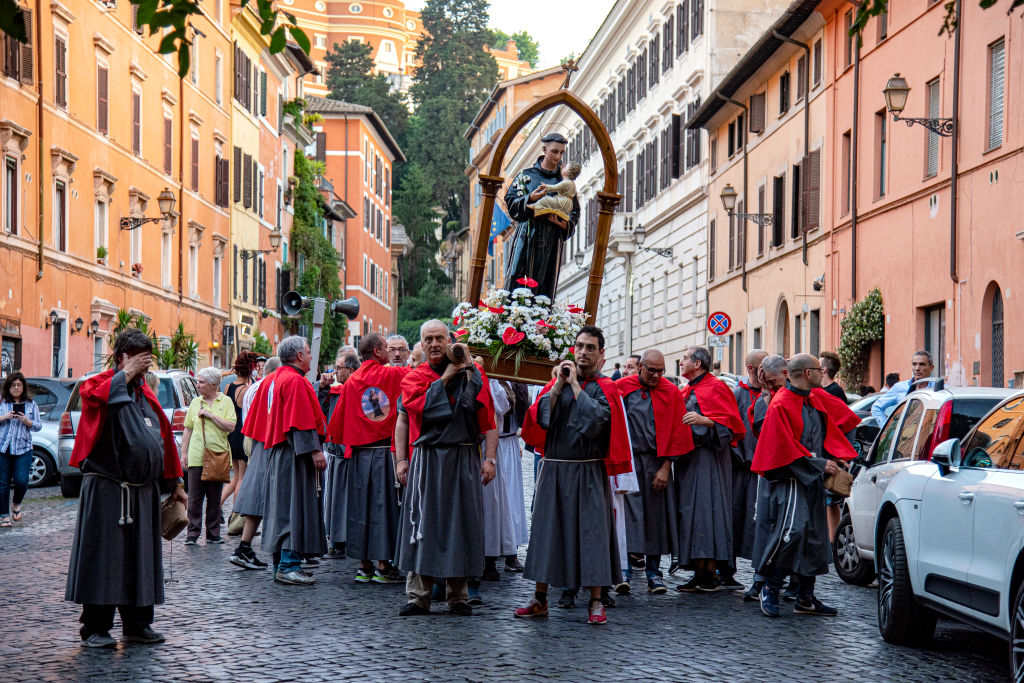 Why Are Some Roman Catholic Saints Called Doctors of the Church

In January 2022, Pope Francis bestowed the title of Doctor of the Church on Saint Irenaeus of Lyons, a Christian bishop who died around the year 200. For centuries, Christians in the Roman Catholic and Eastern Orthodox churches venerated him. like a saint.

As a scholar of medieval Christianity, I found myself pondering the significance of this title and why is it important today. There are over 10,000 saints recognized by the Roman Catholic Church. However, only a few dozen of them have been made Doctors of the Church, an honorary title which recognizes the importance of their teaching, their scholarship and their writings.

During the first centuries, Christians executed in the Roman Empire for refusing to renounce their faith – called martyrs, that is, witnesses – were commemorated by their local communities and referred to as saints: sanctus or sancta, in Latin. The tombs of these saints were considered holy places and believers visited them to pray.

Later, those who had been imprisoned but not put to death were honored by other Christians for their exceptional courage and strength of faith. Their communities called them confessors because they professed their faith.

Other titles were eventually added to distinguish additional categories of saints, such as bishop, priest, or widow. Even children were, and still can be, approved for holy worship.

During the first thousand years, holy men and women were venerated as regional saints, usually with the approval of the local bishop. Later popes took over the official proclamation of saints, and a formal process developed to consider nominations, or causes, of candidate saints proposed by regional bishops or other religious groups.

Over time, a handful of Christian saints and teachers became particularly renowned for their writings or scholarship. A few of the early centuries of the church were recognized as important teachers, or church fathers, by the Western and Eastern churches – which eventually split into the Roman Catholic and Eastern Orthodox churches, respectively, in the 11th C. century.

In the Middle Ages, other holy teachers in Western Europe were acclaimed specifically as Doctors of the Church by the authority of the Popes. Certain revered theologians came to be known as teachers of a specific idea or characteristic. For example, contemporaries of the medieval theologian Saint Albert the Great, who died in 1280, came to call him the “universal physician” because of the wide range of topics he covered in his writings. Even one or two of the early church fathers acquired these additional titles, such as St. Augustine. This North African saint, one of the most influential Christian theologians, died in 430 and became known as the “doctor of grace” because of his theories on grace as a free gift from God. In several regions, local communities gave similar titles to other respected figures even though they were not officially recognized as saints.

Official lists of these physicians were compiled and expanded from the 16th to the 20th century. Today, the Roman Catholic Church lists 37 saints officially recognized by papal declaration as Doctors of the Church.

Until after the Second Vatican Council, which met from 1962 to 1965 and launched major modern reforms in the Church, all Doctors of the Church were men – usually bishops or priests. In the following decades, that changed.

Today, the Catholic Church recognizes four saints and scholars from several different centuries for their theological and spiritual writings. These include the 16th-century Spanish mystic Teresa of Avila and the 12th-century German abbess Hildegard of Bingen, an expert in herbal medicine and botany as well as liturgical theater and music.

So why add another doctor now? Saint Irenaeus was already recognized as one of the first fathers of the Church. Born in the 2nd century in present-day Turkey, he was bishop of Lyon in present-day France, passing from one side of the Roman Empire to the other.

He wrote forcefully against a philosophical and religious movement called Gnosticism – from the Greek word gnosis, or knowledge – which he saw as a heresy threatening to separate Christians from the beliefs passed down from the apostles of Jesus. Gnostic Christians taught that the physical world was not created by God, but by an inferior spiritual being, either by mistake or through wickedness. They rejected traditional Christian beliefs that material reality and the human body were inherently good, and argued that the body was a worthless obstacle to achieving spiritual perfection.

Irenaeus opposed the Gnostics, insisting that God created both material and spiritual reality and that both were rooted in God’s goodness. His critique of the Gnostic view of Christian teaching reaffirmed the importance of the teaching of the apostles, based on the writings of the Old Testament prophets and the four gospels of Matthew, Mark, Luke and John. Thus, Irenaeus’ teaching was appreciated by later theologians working to strengthen the church’s definition of Orthodox beliefs.

In 2021, members of the Joint Catholic-Orthodox St. Irenaeus Task Force, an unofficial group of theologians seeking to enrich mutual understanding, met in Rome. During this meeting, Pope Francis declared his intention to officially declare the Holy Doctor of the Church. As the pope later noted, Irenaeus’ life and teaching serve as a bridge between Eastern and Western Christianity. In his own life, he served churches in both traditions and, despite their individual differences, strove to keep them united against divisive teachings.

Because of the influence of his theology and the example of his ministry, Saint Irenaeus will be one of those doctors of the Church, like Saint Albert the Great, to receive a distinctive honorary title: “doctor of the unity “.

At a time when disease, environmental disasters and wars threaten to divide Christianity and the world, many believe that a holy “doctor of unity” may well inspire a more hopeful future.

This article is republished by The Conversation, an independent, nonprofit news organization dedicated to unleashing expert knowledge for the public good.

Announcement of new Bishop of Galway – marking a new chapter for the Catholic Church in the West – Connacht Tribune – Galway City Tribune:

Come to Me: Healing Day draws crowds to Southwark Cathedral