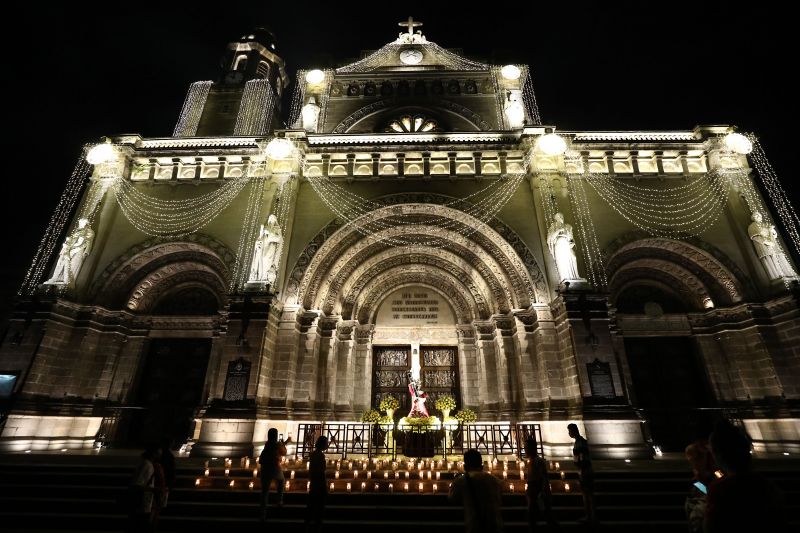 One of the few times I agree with the late Bro. Eli Soriano, a rabid anti-Catholic, was when he said during a televised debate with other religious leaders, including the father of Radio Veritas. Anton Pascual – that churches should not endorse and campaign for particular candidates and political parties, especially to their congregants.

It appears Vice President Leni Robredo’s supporters are trying to imply that the Catholic Church endorses her presidential candidacy because of her photo ops with bishops, priests, nuns and seminarians everywhere she campaigns.

Let’s be clear about these facts: she meets clerics, especially bishops, out of courtesy. It is not necessarily an endorsement.

The bishops, who are endowed with the authority to teach the faithful about authority regarding Catholic doctrines and morals, have never officially endorsed it or anyone else.

Praying or laying hands on her and any other candidate for that matter is not an endorsement.

Bishops or priests can even get their hands on openly lying candidates who have participated in or benefited from ill-gotten gains if they wish to be prayed for them or if, repenting with contrition deep in their hearts, they wish be absolved of their mortal sins.

The Catholic Church, as an institution, cannot officially endorse anyone seeking to run for public office.

Bishops and priests cannot use the pulpit, as Cebu Archbishop José Palma has repeatedly said, to campaign for anyone. By “pulpit” I mean the teaching authority, supposed to come from Jesus Christ Himself, for pastors in matters of doctrine and morals.

The Acts and Decrees of the Second Plenary Council of the Philippines (PCP II, 340) state that:

“[The] The competence of the Church to make moral judgments, even in political matters, has traditionally been interpreted as belonging to the clergy.

The same decree also stipulates that “religious men and women are also included in this prohibition”.

Moreover, the Catechism of the Catholic Church (CCC) – the summary of all its teachings – also emphasizes this by saying that partisan activities go beyond the pastoral duties of those in the Church hierarchy.

“It is not the role of the Pastors of the Church to intervene directly in the political structuring and the organization of social life.

The Code of Canon Law, the official law governing the Church, also echoes the same sentiment but specifically pointed out an exception.

Canon 287 §2 states that “[Clerics] should not participate actively in political parties and in the leadership of trade unions, unless, in the opinion of the competent ecclesiastical authority, the protection of the rights of the Church or the promotion of the common good requires it.

But there are also priests, nuns and seminarians who openly and even actively campaign for certain political contenders. Are they violating anything? Is it correct?

It would be a clear violation and abuse of authority if a priest, while preaching during Mass, told the faithful to vote for anyone. If a priest does this, he must be called. Especially if a bishop does.

However, clerics and nuns, like anyone else, are God-given individuals with consciences that allow them to hold certain beliefs, including political ones. They are also citizens with the right to express and exercise their political sentiments.

The Church remains to play the role of being the conscience of society, even in politics. It would be a mistake if a cleric or the Church stood idly by in the face of political movements that allow immorality and injustice, especially if they oppress the marginalized.

It would be a grave betrayal for our prophets, our saints and even for Jesus himself if we fail to “proclaim freedom to the captives and the recovery of sight to the blind, to set free the oppressed”. (Luke 4:18) These statements are spiritual, but they are obviously political.

So, yes, the Church does not officially endorse anyone in the 2022 elections. But no, the Church cannot be apolitical.

Ted Tuvera worked as a reporter for The Daily Tribune. He is currently a seminarian in the Archdiocese of Capiz.

Head Coach Changes for Riordan, Cathedral of the Sacred Heart