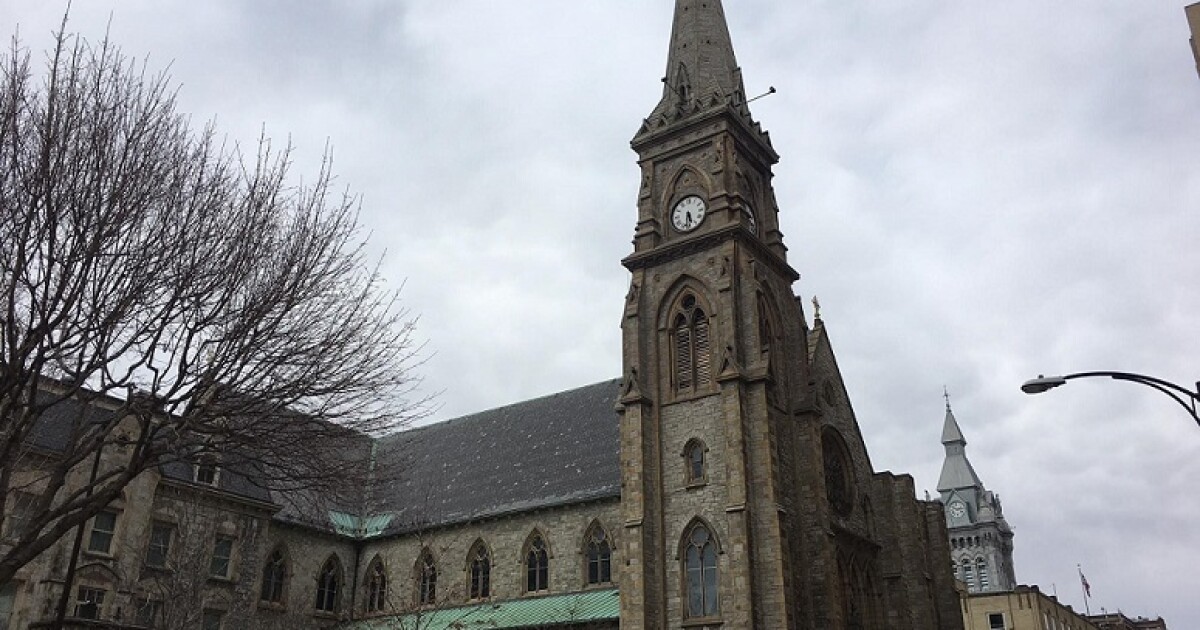 With a new year beginning for the Catholic Church, does the movement on the road to renewal go hand in hand?

Next Sunday is, in the Christian calendar, the first Sunday of Advent. It marks the start of a new year for the Roman Catholic Church. And in Buffalo, this new year could bring some movement in a development plan to help parishes work with fewer resources, in an effort to keep them open.

What is called the Road to renewal was announced last year by Bishop Edward Scharfenberger, while leading the Diocese of Buffalo as temporary apostolic administrator. He formed a Diocesan Renewal Task Force, made up of clergy and laity, to study and make recommendations on how the Western New York Catholic Church might continue its spiritual mission while doing in the face of limited and dwindling resources.

During the last years, the number of Catholic priests and those attending Catholic churches in Western New York is steadily declining, even before challenges such as the COVID pandemic and the diocesan clergy sex abuse scandal, the latter of which led to the diocese filing for Chapter 11 bankruptcy.

In the past, the diocese has tackled declining attendance and resources by merging parishes, resulting in the complete closure of many churches.

The purpose of the Road to Renewal is to prevent others from closing. The strategy recommended by the task force is the establishment of “parish families,” a model in which groups of three to six parishes would form a cohort and work together to share resources for the benefit of all the churches involved.

“You might have a parish within that family that has a very strong youth program, or maybe their training program, or another parish, maybe they don’t have the kind of resources to afford, you know, a director of religious education. It’s a way of bringing those types of things together,” Bishop Fisher said.

The initial schedule called for the unveiling of parish families in the summer of 2021 and the deployment of some pilot families by September. Rather, the bishop said there was a desire for more consultation and feedback. He now expects half a dozen pilot parish families to be introduced by mid-December at the earliest.

Sharing priests between parishes is nothing new. In some cases, especially in rural areas of the diocese, a parish priest is responsible for several parishes located miles apart. For example, a priest presides over three parishes in the cities of Belfast, Fillmore and Cuba, with only the help of a retired priest.

As part of a recommended parish families project prepared last year, they would remain united. Other parish families would cover up to half a dozen parishes within a defined geographic extent. Urban and suburban parish families might exist nearby, but some of the groups offered in rural parts would continue to involve long round trips.

the On the Road to Renewal Program, when introduced, vowed not to close parishes. Bishop Fisher says they cannot promise that, but if tough decisions have to be made, it should come from the local level, not from his office.

“Too many of our programs in the past have always been sort of top-down imposed,” he said. “Here we have to work with the parish level and the family level to see how we are doing. I mean, you have a priest who takes care of three or four parishes. Something must give way in the Mass schedule. We cannot have a 10 o’clock mass in this parish and a 10 o’clock mass in the other, and he is unable to manage that. So it will definitely take mass adjustments and schedules and, and within those families. »